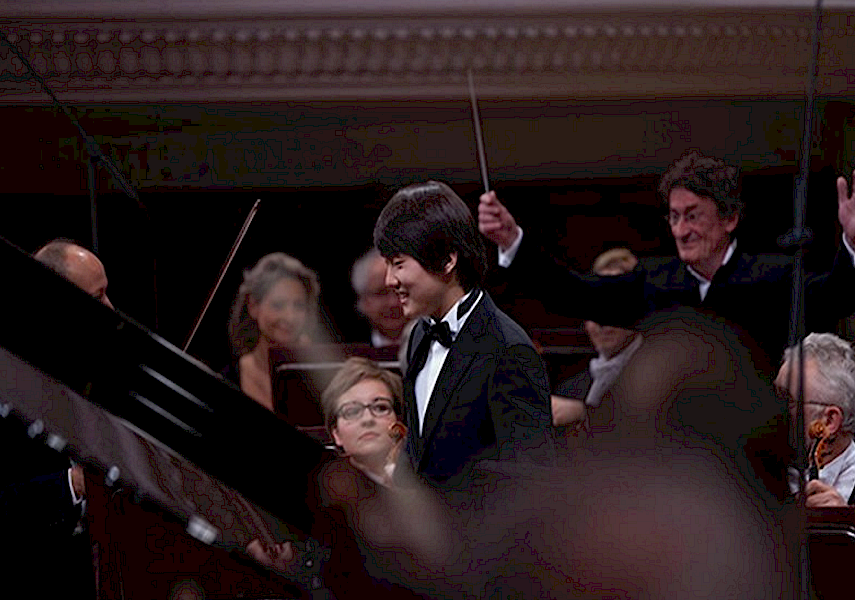 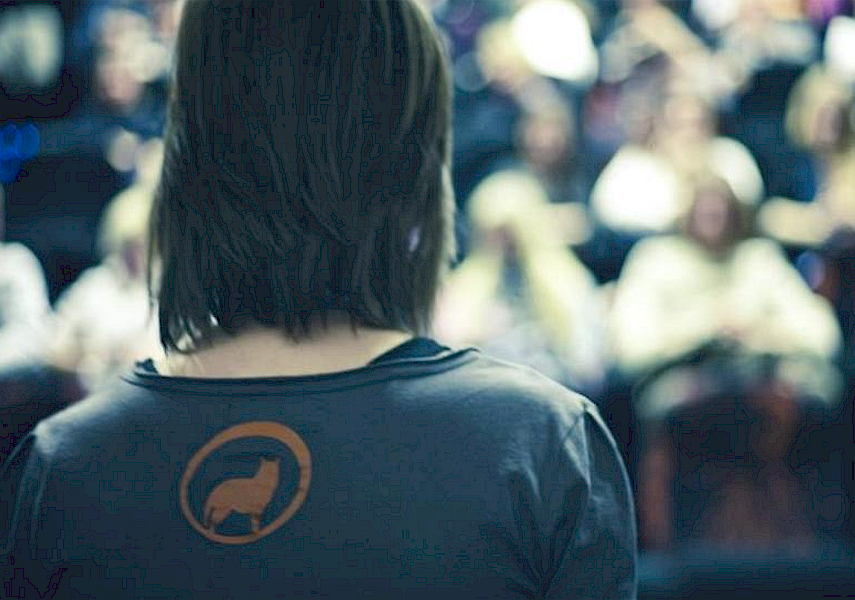 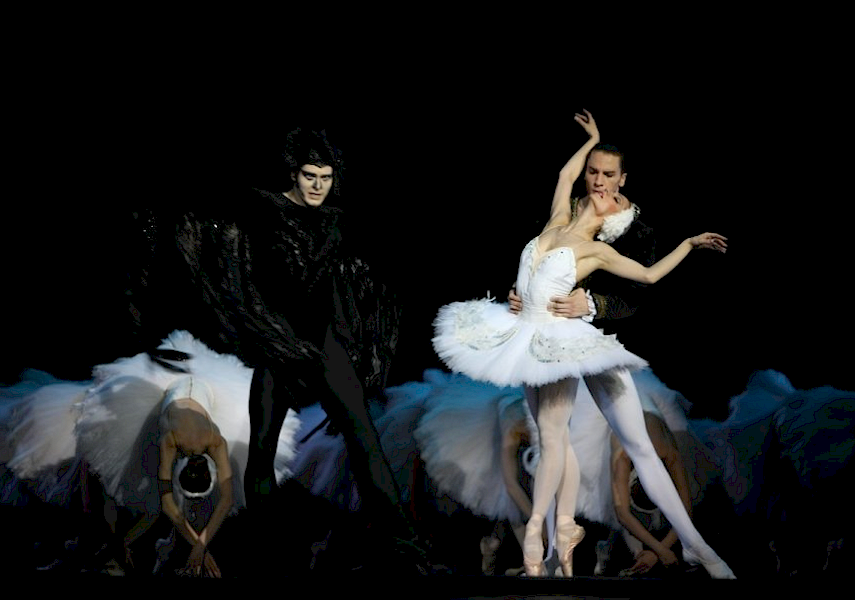 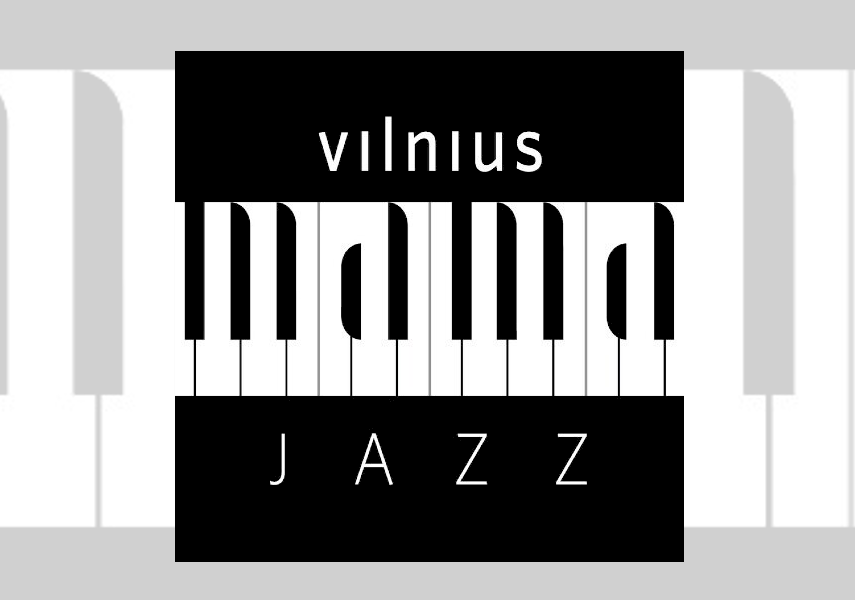 Nov. 16–20, Animation Film Festival Animated Dreams, various locations in Tallinn
Animated Dreams is an internationally recognised and the biggest animation festival in the Baltics. Subfestival of Black Nights Film Festival (POFF), Animated Dreams is gaining more and more popularity every year, and its colourful programme offers something for everyone. In addition to a high-class international competition programme, there are also popular comedy programmes, (naughtier) late-night screenings for adults, special screenings for children, and also student programmes. Let November nights be animated! For the festival programme and more please visit www.anima.ee

A restored version of Elmar Kits’ legendary 1966 personal exhibition will be opened in Tartu Art House on Nov. 17 and will remain open until Dec. 11. After half a century, every visitor can see whether the exceedingly laudatory aura that surrounds this exhibition in Estonian art history is befitting or not. Elmar Kits (1913-1972) is considered one of the most prominent and prolific artists of Estonia. His 1966 personal exhibition, where most of the 105 works were completed during the previous year, is the first triumph of abstract art in Estonia and one of the most important landmarks of the art innovation of the end of the 1960s. To unveil the background of the exhibition and the oeuvre of Elmar Kits, a special interview-film will be shown where various artists and art historians share their views on that bygone era, Kits as an artist, and the original exhibition itself. After 40 years, Elmar Kits’ own voice can also be heard. For more info please visit www.kunstimaja.ee

Until Nov. 23, Just Film 2016, various locations in Estonia
Just Film is a children’s and youth film festival that forms part of the Black Nights Film Festival, also known as POFF. It comprises a competition programme and special programmes of films aimed at children and young people. The Just Film festival is held every November, just like POFF. It showcases movies that even the biggest film fans might not otherwise get to see — some that will make you cry, some that will make you laugh, and some that could just change your life. The festival offers something for audiences of all ages. Around 50 films are screened each year. The festival has become one of the most popular children’s and youth events in Estonia, with around 12,000 movie lovers attending screenings every year. The festival’s official webpage www.justfilm.ee has more information on the programme, participants, jury, etc.

The Third Tallinn International Piano Competition, taking place from Nov. 13 to 23, 2016, welcomes 59 participants from 17 countries, including Japan, Korea, Ukraine, Serbia, Poland, Russia, and Finland. 12 pianists are from Estonia. The competition will be held in three rounds, which are all open to the public. The third round is performed with the Estonian National Symphony Orchestra, conducted by Arvo Volmer. The jury consists of seven internationally recognised musicians:
Ian Fountain (UK), Zbignevas Ibelgauptas (Lithuania), Staffan Scheja (Sweden), Ming Yang (China), Juri Gildjuk (Belarus), Roland Kruger (Germany), and Peep Lassmann (Estonia). The competition has assumed new dimensions this year as the number of participants is the largest and it has also geographically expanded compared to earlier years. The competition is organised by the Estonian Academy of Music and Theatre in collaboration with the Estonian Association of Piano Teachers. Which one of the finalists of the Third Tallinn International Piano Competition will become a star in the future? Come and keep your fingers crossed for the pianists! Please go to the event’s official website www.ema.edu.ee for more information.

Nov. 17, Brit Floyd Show, Palladium Riga
The undeniably best Pink Floyd show in the world, Brit Floyd returns to the Latvian capital with an awe-inspiring million-dollar laser show, brand new video design, and a stage even bigger than the huge one before it. Space and Time CONTINUUM is the boldest and best show ever produced by Brit Floyd. Paying tribute to the legendary rock band, Brit Floyd played 146 concerts on its global tour, returning to Europe earlier this year to captivate audiences once again with the 50-year legacy of Pink Floyd. This, of course, includes the most memorable selections from the albums The Dark Side of the Moon, Wish You Were Here, Animals, The Wall, and The Division Bell, and present its own version of “Echoes” from the album Meddle. More information on the show is available at www.britfloyd.com and tickets can be purchased at www.bilesuserviss.lv

Nov. 18, Festivities of the Proclamation Day of the Republic of Latvia, Riga

The Independence of Latvia was proclaimed on Nov. 18, 1918. This day is a public holiday in Latvia — public institutions and the majority of private enterprises are closed. On Nov. 18, various events take place across the country throughout the day. In Riga the celebration begins in the first half of the day with a parade and the laying of flowers at the Freedom Monument with the participation of the president of Latvia and other important government officials. A parade of the National Armed Forces takes place in the afternoon at the Nov. 11 Embankment. In the evening there are torchlight processions, and the celebration in Riga ends with magnificent fireworks over the Daugava River. On Nov. 18 public transport in Riga is free of charge! To learn more about the cultural events in Riga marking the national holiday, please go to www.kultura.riga.lv

Attesting to the talent of Georgijs Osokins are his triumphs at the Ninth Frederic Chopin Competition in Moscow, the Ninth International Alexander Skrjabin Contest in Paris, and the International Chopin in China. The jury at the 17th International Chopin competition in Warsaw called his brilliant performance there “highly unusual and unpredictable.” Osokins has entertained in all parts of the world — Asia and the United States included. This concert finds the musician tackling J. S. Bach. More information on the concert and tickets is available at www.bilesuparadize.lv

The British jazz pianist, composer, producer, and arranger Bill Laurance, acclaimed for fusing jazz and electronic music, will perform in Riga for the first time. The Grammy-winning artist is a member of the Snarky Puppy band, head of the Twenty Thousand music production company, and a lecturer at the Institute of Contemporary Music in London. He has released three albums: Flint (2014), which went straight to No. 1 in the iTunes Jazz Charts; followed by Swift (2015); and Aftersun (2016). Bill Laurance is known as an artist who has proved that contemporary instrumental music is able to touch the soul, and is often considered a modern-day genius. For a detailed information on the concert and festival visit www.rigasritmi.lv and tickets can be purchased at
www.bilesuparadize.lv

The colourful Vilnius Mama Jazz Festival, which offers a variety of jazz styles, has been held in the capital since 2002. The musical lineups have encompassed everything from all-star projects to contemporary post-bop, live sound for silent cinema, and arrangements of Led Zeppelin music accompanied by cabbage soup flavour. Quality, originality, and relevance are the unifying factors defining the diversity of festival programmes. The goal of the international jazz festival is to introduce interesting international jazz phenomena to Lithuanian audiences and to provide an environment for young artists to participate in national and international projects. Every year, Lithuanian musicians present new programmes specially devised for the Vilnius Mama Jazz scene. Both mature masters and young musicians have the opportunity to play at the international festival. Indeed many of them start their festival career as participants in night jam sessions. Special attention is paid to creative young musicians. The Vilnius Mama Jazz Festival tries not to set limits on the festival programme and so jazz giants, unexpected discoveries, nurtured national jazz, and refreshing new names and new trends are all part of a single festival. Keep an eye on www.vilniusmamajazz.lt for details on who’s performing.

An outstanding piano duo with two piano stars — Evgeni Bozhanov and Kasparas Uinskas — is coming back to Lithuanian concert halls on Nov. 28, 29, and 30 (at Lithuanian National Philharmonic Hall in Vilnius, Klaipeda Concert Hall, and Kaunas Philharmonic). Performing mostly as soloists, Mr Bozhanov and Mr Uinskas created a highly successful piano duo. Two brilliant soloists, on one stage, at the same time, playing almost like one person, one body. After a highly successful concert series in 2015, the duo prepared a new programme with special arrangements for two pianos for music from ballets: Tchaikovsky’s Nutcracker and Prokofiev’s Romeo and Juliet. Pianist Evgeni Bozhanov is one of the greatest discoveries in the classical music world over the past decade. Today he is invited to perform at all major concert halls, such as Berlin Philharmonie, London’s Royal Festival Hall, Musikverein Vienna, Tonhalle Dusseldorf, and Tokyo’s Suntory Hall, among others. Kasparas Uinskas is an internationally acclaimed pianist, praised by critics for his virtuosity and romantic style. Mr Uinskas performs at most important world concert halls — New York’s Carnegie Hall; Berlin Philharmonie; London Wigmore Hall; Madrid Auditorio Nacional; and J.F. Kennedy Centre in Washington, DC; among others. The tickets are available at any BILIETAI LT ticket office or www.bilietai.lt

The international festival of animated cartoons Tindirindis is an arena of non-commercial films. The mission of the festival is to present as wide a spectrum of the world’s animated cartoons as possible: works of different styles, by the representatives of different schools, to show animated cartoons, which encourages creativity. The festival will offer a diverse programme, featuring films of the famous directors, debutants, and animation students from various countries, many of whom have received awards at numerous international animation festivals. Please visit the festival’s official web page for more info at www.tindirindis.lt

In order to prove that everyone can dance ballet, the ballet dancers’ (amateurs’) festival-competition Allegro has been arranged. Participants, amateur dancers (soloists, duets, groups, and collectives) from Lithuania and abroad, are willing to challenge themselves and have only one criterion — they cannot be professional dancers. They actively prepare, work, and rehearse, and then, their performances are evaluated by the commission that pays attention to the emotional expression of a dancer. This year’s programme features children’s dance; character dance; folk stage; ballet; a non-competitive category on Saturday, Nov. 26; and neo-classical dance; contemporary; and modern dance on Sunday, Nov. 27. Allegro is a great opportunity to examine one’s dance abilities!