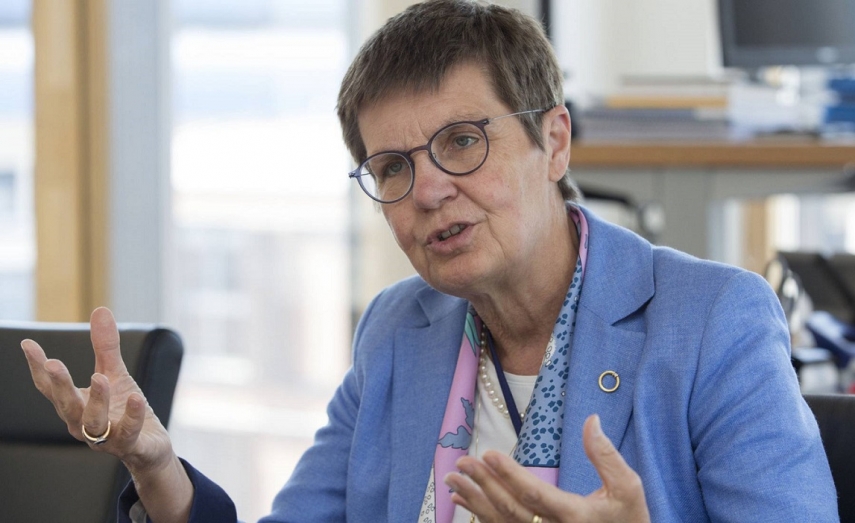 RIGA – Europe has zero tolerance to money laundering, therefore banks have to very careful about their reputation said Elke Konig, the chairwoman of Europe’s Single Resolution Board (SRB), an institution that ensures an orderly resolution of failing banks, in an interview with LETA.

She underscored that banks have to be very careful about their reputation, at the same time, excessive suspicion might halt the banking business, but Europe needs an active banking market.

She said that the decision not to include Latvia’s to-be-liquidated ABLV Bank in the Single Resolution Mechanism has been made because this bank is not critically important for Latvia’s economy, while SRB deals with systemically significant banks.

She said that the announcement of the Financial Crimes Enforcement Network (FinCEN) of the U.S. Department of the Treasury about ABLV Bank's involvement in international money laundering schemes and corruption came as a surprise to the European banking watchdogs.

“We were all surprised over the FinCEN report. It says two things. First, it is unpleasant to receive such news from the US and not having found out them before that. Second, we can exclude a discussion about whether these accusations are true or false because no institution can survive such accusation. We have to do our home task and make sure that all member states, all banks have a clear understanding that profit from such kind of business may not be more important than harm to the reputation it can bring along,” she said.

She also said that ABLV Bank is not being liquidated because it is insolvent but because after such accusations, it has no business opportunities.

As reported, the Finance and Capital Market Commission, acting on the instructions from the European Central Bank, ordered ABLV Bank to stop all payments as of February 19, 2018, following a report by the Financial Crimes Enforcement Network (FinCEN) of the U.S. Department of the Treasury about ABLV Bank's involvement in international money laundering schemes and corruption. On February 24, the Finance and Capital Market Commission found an occurrence of unavailability of deposits at ABLV Bank.