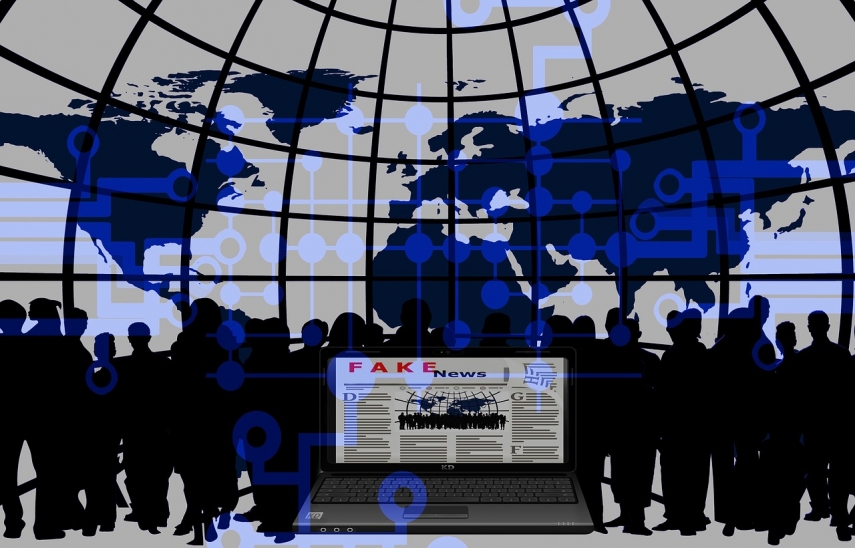 BRUSSELS - The European Union launched Wednesday a system for member countries to alert each other to online disinformation spread by opponents such as Russia to undermine next year's key elections.

The bloc also urged Facebook and other social media platforms to follow through on pledges to ensure transparent political advertising, to close fake accounts, flag "bots" and cooperate with fact-checkers.

The campaign comes amid growing fears that Russia and other countries are spreading fake news online to promote political divisions and extremism.

"We need to be united and join our forces to protect our democracies against disinformation," said Andrus Ansip, the EU's vice president for the digital single market.

"We have seen attempts to interfere in elections and referenda, with evidence pointing to Russia as a primary source of these campaigns," Ansip added.

The European Union said it was taking steps to protect democracies and public debate ahead of elections in May to the European Parliament as well as before elections in member countries through 2020.

The European Commission, the executive arm of the 28-nation EU, called for a system in which EU bodies and member states alert each other about disinformation in real time, to be set up in March next year.

The system will share data and analysis on propaganda campaigns and promote what the bloc says will be objective communications about its values and policies.

The plan will boost the Commission's budget to tackle disinformation and raise awareness from 1.9 million euros to five million euros next year.

This will allow for an increase in staff and equipment in Brussels and among EU delegations to third countries. Member countries are also urged to try to match the efforts.

The Commission also asked Facebook, Google, Twitter and Mozilla as well as online and advertising trade associations to "swiftly and effectively" act on pledges made last month to fight disinformation.

These include ensuring the transparency of political advertising, closing active fake accounts and flagging messages spread automatically by "bots".

They also include cooperating with academic researchers to detect disinformation campaigns and making fact-checked content more visible and widespread.

The Commission said it will work with European regulators of audio-visual media services to monitor whether the pledges are being carried out fully.

Setting out a timetable for action, it said the social media firms and industry associations must update the Commission on their efforts before the year ends.

The Commission will publish a report on their input in January.

Between January and May, the online platforms will have to report monthly to the Commission, which will also publish its assessment of their work around the end of next year.

The Commission warned it could take "regulatory" action if the online platforms failed to follow through properly on their pledges when they signed a Code of Practice last month.

"It's our duty to protect this space and not allow anybody to spread disinformation that fuels hatred, division, and mistrust in democracy," she said.