EU should not make promises if it cannot deliver, warn Auditors 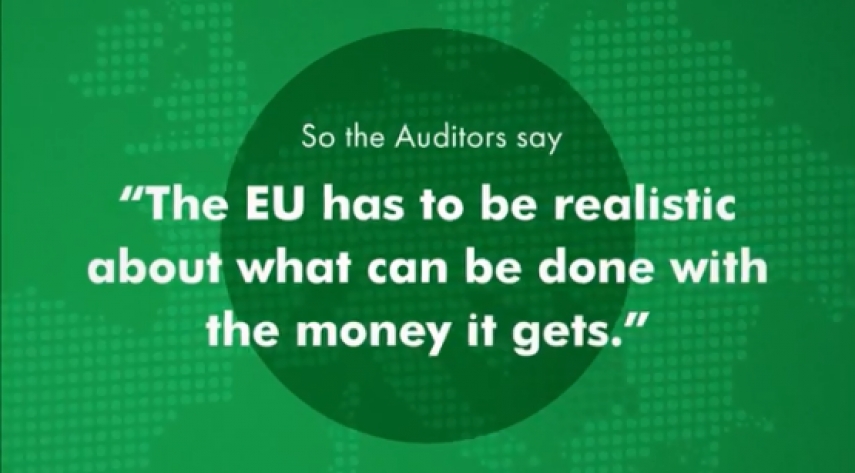 LUXEMBOURG – The EU should not generate expectations which cannot be achieved, the European Court of Auditors (ECA) has warned in its annual report on the EU budget, published today. In the Foreword to the report, the President of the ECA, Klaus-Heiner Lehne, points out that the total EU budget is no more than about 1% of the gross national income of the entire EU. For this reason, the EU has to be realistic about what it can do with the money entrusted to it, particularly as the Union approaches its next seven-year Budget cycle. “The conclusion is straightforward,” says Mr Lehne, “the EU should not make promises if it cannot deliver”.

In their 2017 annual report, the auditors conclude that the EU accounts present a true and fair view of the EU’s financial position. For the second year in a row, they issue a qualified (rather than an adverse) opinion on the regularity of the transactions underlying the accounts. In other words, a significant part of the 2017 expenditure that was audited was not materially affected by error.

Moreover, the level of irregularities in EU spending continued to decrease, say the auditors. The estimated level of error in payments during 2017 was 2.4%, down from 3.1% in 2016 and 3.8% in 2015. At the same time, sufficient information was available to prevent – or detect and correct – a significant proportion of errors in, for example, rural development payments. If this information had been used by national authorities to correct errors, the estimated level of error would have been below the 2% threshold for an even larger share of the EU budget.

Problems remain, in particular where payments from the EU budget are made to beneficiaries based on their declarations of costs previously incurred, such as in rural development and cohesion. Other activities funded in this way are research, training schemes and development aid projects.

Using resources from European Structural and Investment funds is still challenging for Member States, and the EU budget continues to face significant pressure owing to the value of payments committed for future years. Measures to increase the flexibility of the budget were helpful, say the auditors, but may not be sufficient. The combination of high commitments and low payments increased outstanding budgetary commitments to a new high of €267.3 billion. This should be a priority for planning the next Multiannual Financial Framework, they say.

The 2017 annual report relates mainly to EU spending under the current Multiannual Financial Framework (2014-2020), but also to some previous years. Mr Lehne says this underscores how several years are usually needed from the time a political decision is taken until such time as funds are actually allocated on the ground. It also illustrates the importance of avoiding problems at the outset, because decisions on how the EU spends its money have implications for many years to come.