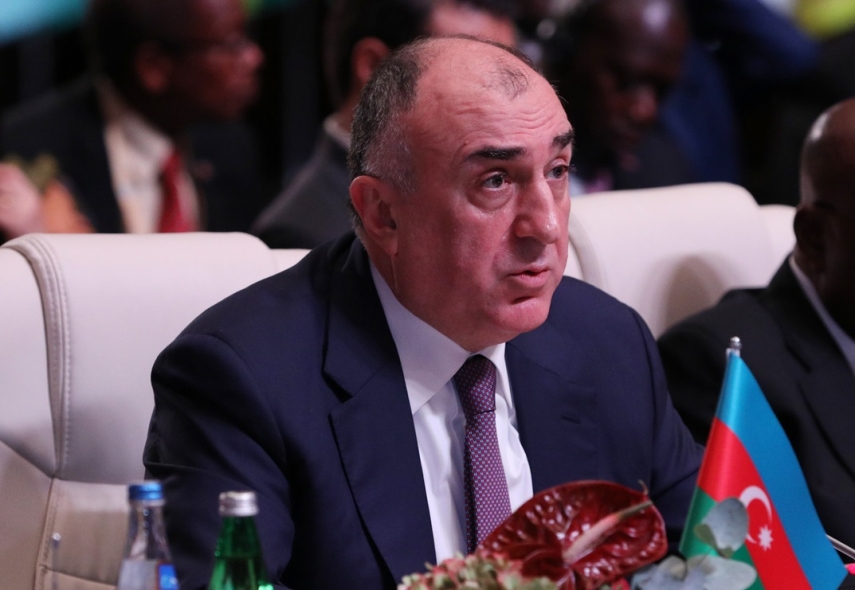 Mammadyarov said the document should bring relations between Azerbaijan and the EU to a qualitatively new level, the Azerbaijani Foreign Ministry said in a statement.

Hogan underscored the importance of intensifying negotiations on the trade section of the agreement.

He proposed that the agreement should be "finalized before the Eastern Partnership Summit to be held in June of this year and initialed at this Summit meeting," the statement said.

Mammadyarov said Azerbaijan was interested in continuing constructive negotiations on the agreement, with the parties' interests taken into account.

President Ilham Aliyev said on December 23, 2019, that a draft strategic partnership agreement with the EU was "90% ready."

Aliyev said, however, that the parties had disagreements on two key points.

Trade is the first major issue, he said. "Azerbaijan is not a member of the World Trade Organization (WTO). I believe, however, that the time for our membership has not yet come, considering that oil and gas constitute the core of our exports and that we also need to protect the domestic market and domestic manufacturing industries and agriculture. What's more, the WTO is going through a crisis: the United States is reconsidering its membership, and certain countries are fighting trade wars. Our cautious attitude to WTO membership is logical and understandable in this context," Aliyev said.

Another major issue is energy, he said. "First and foremost, this is a question of energy prices. We've been told that we should sell exported gas at domestic prices. What does this mean? Eighty-five percent of the population of Azerbaijan pays a discounted gas price of about 100 manats ($58) per 1,000 cubic meters, while prices in Europe stand at $300 to $500 per 1,000 cubic meters. It looks like we will have to sharply increase domestic prices, which is unacceptable, or export gas at $58, which is impossible. So, we still need to coordinate these two main issues," Aliyev said.

On November 14, 2016, the Council of the EU endorsed the issuance of a mandate to the European Commission and the high representative for foreign affairs and security policy to hold negotiations on a new agreement with Azerbaijan, which would replace the cooperation and partnership agreement in place since 1996.

Negotiations on a new agreement began on February 7, 2017.