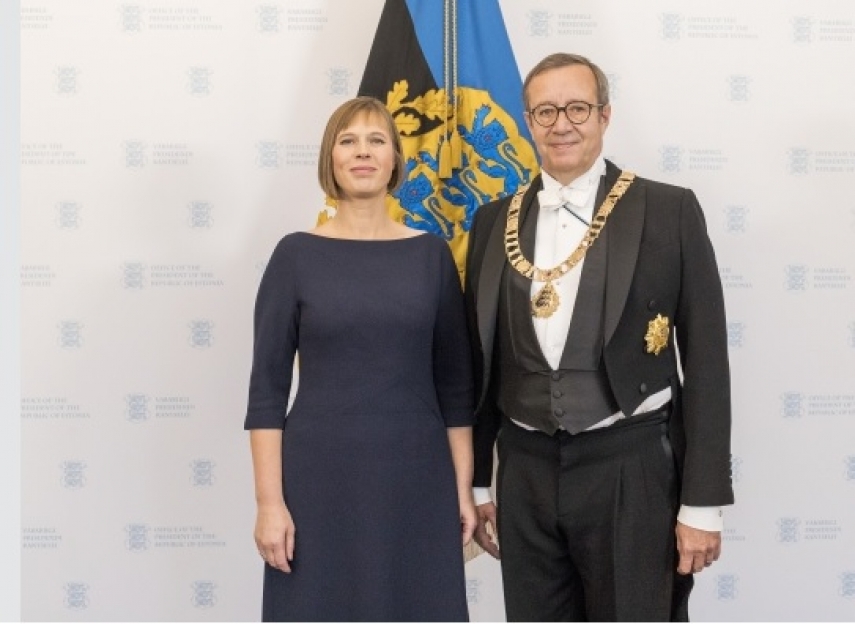 Photo courtesy of the Estonia Office of the President

TALLINN - One of the most popular Baltic presidents, Toomas Hendrik Ilves, left office on Sunday after the expiration of his second five-year term as president. Kersti Kaljulaid, the newly-elected and first female president of Estonia, took office on Oct. 10.

President Ilves stressed the importance of maintaining political balance and doing away with partisan egoism.

"The Constitution of Estonia as the agreement of the people of Estonia has stood the test well. Also the course of the recent presidential election which offered many conflicting emotions was a grimace of democracy at most, nothing more, as one of my predecessors used to say. That it took longer does not detract from the weight of the consensus achieved a week ago. It does not diminish the outcome, is does not cast a shadow on the elected president. In the end, the Riigikogu elected the next president of Estonia precisely in the manner that the ones who created the constitution wished it to happen – partisan egoism lost and a broad-based agreement won," Ilves said in his parting words.

In recapping his decade in office, Ilves encouraged communication and consideration for others as a way forward. "We saw the European security picture crack and witnessed how important is the feeling of being shoulder to shoulder that allies have. As the supreme commander of national defense I saw all this very closely. It is a similar feeling of being shoulder to shoulder – the skill of speaking, listening and taking account of one another – that we need in Estonia. More than we have now," Ilves said.

As for his future plans, Ilves remained cryptic, not revealing anything other than his desire to continue working on issues close to him.

"Many people have asked what I will do next. I will go on dealing with topics that I have always considered as important when it comes to Estonia: foreign and security policy, modern e-governance, cyber security. Where and how I will be doing all this will become clear soon," Ilves added.