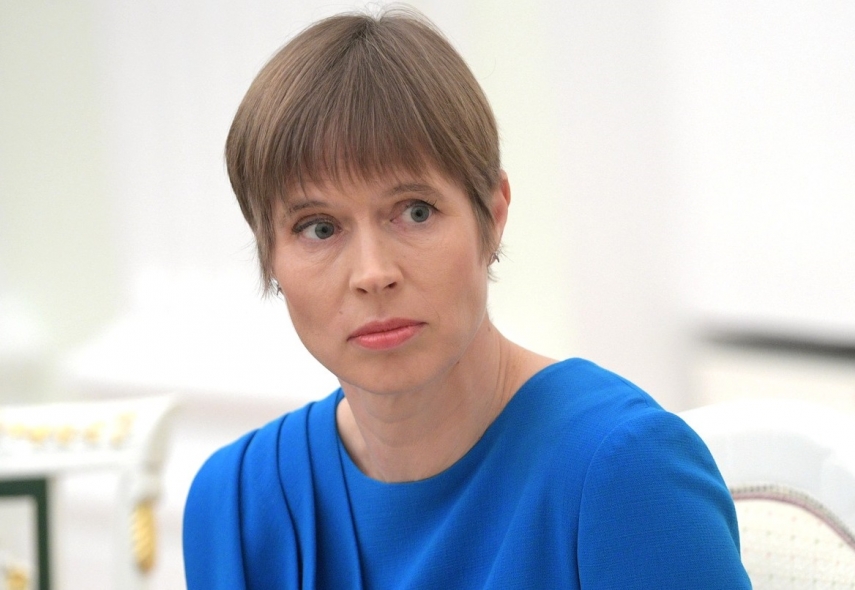 TALLINN – All efforts made in the protection of children may easily turn out to be futile if people are unable to ensure their children and grandchildren a world in which they can focus on realizing their dreams and do not have to deal with the consequences of climate change caused by adults, Estonian President Kersti Kaljulaid said in a speech made on Children's Day on Saturday.

"For as long as we have existed as a humanity, we have been driven by the endeavor to ensure a better life for our children than we ourselves have had. However, today, 2.2 billion children in the world are growing up with the knowledge that they will have to seriously confront the climate change consequences they have inherited," the president said in her speech.

The climate strikes that have been spreading more widely in recent months are the initiative of children themselves and tens of thousands of children have come out to spread their message, Kaljulaid said, adding that the inconvenient truth stated is unbearable for some social groups and it is easier to deny it than to take responsibility.

"Children are most vulnerable when it comes to consequences of climate change. Our own children who are anxiously thinking about the planet they can leave to their children. We, the adults -- we must come to your aid. However inconvenient that might be. We must," the president said.

Attempts have been made to ridicule climate strikes and what else can a child do than stand demandingly and look at their parent, Kaljulaid said.

"We have all seen this look as parents -- I am suffering, I am sad, I am worried -- why are you not doing anything? This look should not be responded to with suggestions to overcome it, forget it, go on with life, thus diminishing the child's concern. After all, this is a common paradigm for raising children -- a child's concern must not be diminished. This applies to both daily situations as well as climate issues," the head of state said.

Kaljulaid emphasized that if the new generation is hit by hopelessness and helplessness, something very valuable has been lost for the future.

"Our task as parents, teachers, and friends, is to make our own contribution to this support. By encouraging them to think along, we can hope that the future generation of decision-makers will be smarter than ours and better equipped with preliminary knowledge. Then, they will be better weaponized for coping with environmental problems. And we must quickly carry out ourselves what is possible on the current technological level. For our children," the president added.

The president made the speech at a formal celebration of Children's Day on June 1 where awards titled "With Children and For Children" were also awarded to recognize those who have made greater long-term contributions to the welfare of children and young people than is expected or demanded of them.