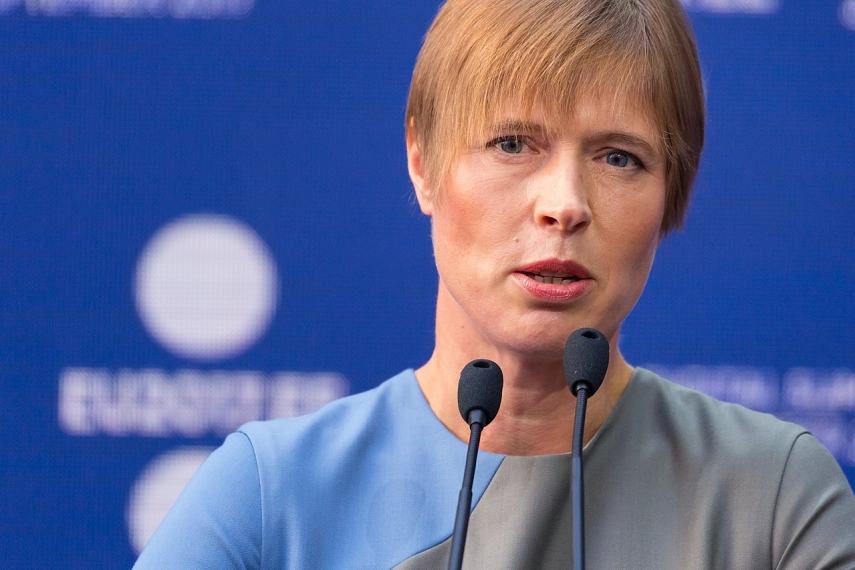 TALLINN - In recent years, NATO has adequately reacted to security problems on its eastern flank, but work to develop the alliance's deterrence and defense posture is far from completed, Estonian President Kersti Kaljulaid said at a meeting on security of the heads of state of countries of central and eastern Europe.

Kaljulaid said at the meeting held in Kosice, Slovakia that the allied battle groups stationed promptly in the Baltic countries, Poland and Romania have had a very positive and stabilizing effect on the security of the whole eastern flank of NATO, spokespeople for the Estonian president said.

"At the same time, we need to solve conclusively the issue of how the deployment of allied reinforcements to the region will take place in the event of a crisis. For that, we need defense plans which are detailed enough, a rapidly acting command structure and regular training exercises for rehearsing it. We also need to think how to transform the air policing mission in the Baltic states quickly into air defense should that be needed," the Estonian head of state said.

Kaljulaid also emphasized that NATO and defense cooperation of the European Union are things that augment and complement each other.

"Throughout its history, the European Union has been acting in the redistribution of resources in a way where with common resources the shortfalls of some regions or fields are eliminated. In defense cooperation we have not come to that yet, although we could in the future," Kaljulaid said.

"But in the long run, a quality and egalitarian education system is what enables people to withstand both disinformation and populism themselves," she added.

The president made the speech at a summit held in the Bucharest 9 (B9) format in Kosice, Slovakia on Thursday. The B9 countries are Romania, Poland, Estonia, Latvia, Lithuania, Bulgaria, the Czech Republic, Hungary and Slovakia.