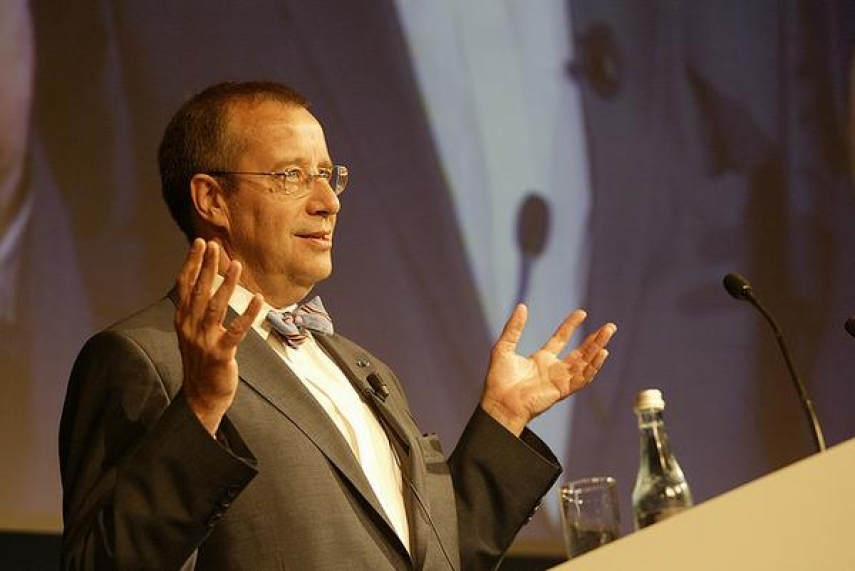 The comments were made during a speech which Ilves gave while opening the Annual Conference on Human Rights, of which he is a patron.

"I've used the expression annus horribilis to characterise 2014. This is the opposite of the annus mirabilis of 25 years ago, which saw the fall of the Berlin Wall - an event that gave hope for freedom and democracy," said the president.

"This year, we have witnessed military action and the annexation of territory, justified through demagoguery and ideological excuses, such as the protection of citizens. Russia's actions in Ukraine have violated all the post-Cold War international agreements on which the peace since World War II has been based," said the head of state.

He noted that not only the annexation of the Crimea, but also the war in eastern Ukraine, and the accompanying rhetoric, intimidation of neighbouring states and threats against the West in general, show that Russia wants to create a new international order.

"[Their approach] contrasts with the supposedly weak and decadent Western democracy based on the rule of law, human rights and dialogue. According to the new rhetoric, the world would be divided into civilisations; in certain cultures, the western conception of human rights is valid and in others, an alternative order is valid," said President Ilves, adding that this has placed the universal approach to human rights in doubt.

Ilves also added that people must not forget that the European Union was founded on the principles of safeguarding human rights and the rule of law, and is intended to ensure peace and security on the European continent. "We need to return to this core mission," he urged.

Ilves, who has been president of Estonia since 2006, has been one of the most outspoken critics of Russian foreign policy, especially of its actions in Ukraine. The sentiments expressed in the speech were consistent with his recent comments; in a recent interview with a US publication, for example, he described Russia's recent behaviour as threatening more than just Ukraine or Eastern Europe, saying that "the entire post-World War II order is under question".

However, he has downplayed the possibility of potential unrest from Russian-speaking residents of Estonia, stressing in particular its economically strong position compared to both Russia and Ukraine: "the average salary of a miner in the Donbass is 200 euros a month. The average salary of a Russian-speaking miner in Estonia is 2,000 euros a month. Why would they want to give that up?"