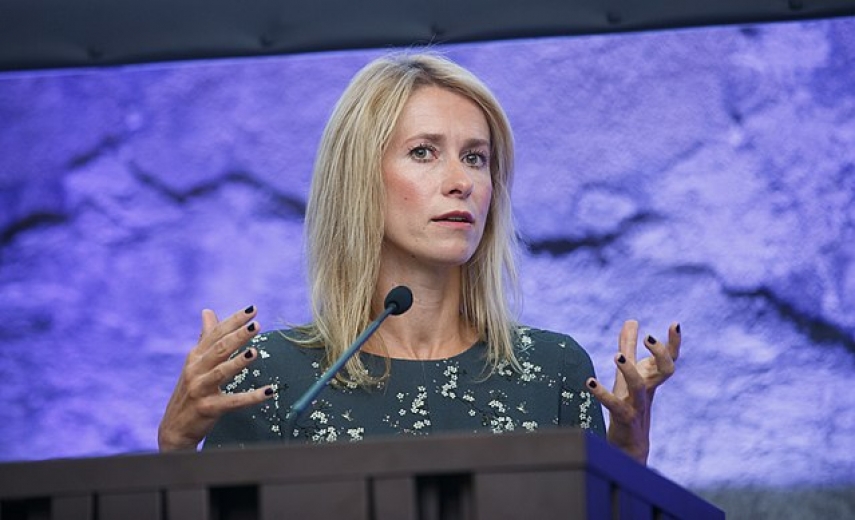 "Russia remains a major threat. Our diplomats talk to each other every day, because we are both members of the UN Security Council. However, bilateral relations are almost non-existent," Kallas told the daily's Francesca Polistina.

"Russia has recently become more aggressive. Many Western countries have experienced aggression on their own soil, and this has opened their eyes. It is therefore important for the EU to show its strength and continue to impose sanctions," the prime minister said. "According to our information, the sanctions are causing significant damage to Russia. However, European countries are often too impatient: if they see that sanctions do not have an immediate effect, they are abandoned -- also as a result of Moscow's lobbying. This is a sign of weakness. Many people think that if we take a step in Russia's favor, Russia will do the same. But that is not how it works," she added.

"NATO is the biggest deterrent to Russia in our region. We are playing our part and share the view that everyone should contribute, which also includes spending 2 percent of gross domestic product (GDP) on defense. It is not a question of security only for the Baltic states, but for all allies," Kallas said.

Regarding Nord Stream 2, which is supported by Germany and the United States, Kallas said that for Estonia, this is a geopolitical project, not an economic one, and of course Estonia does not like this project.

"However, it is gratifying that Germany and the United States made a joint declaration in support of Ukraine, also in terms of energy security. Hopefully, Germany will keep the promises made to Ukraine," Kallas added.