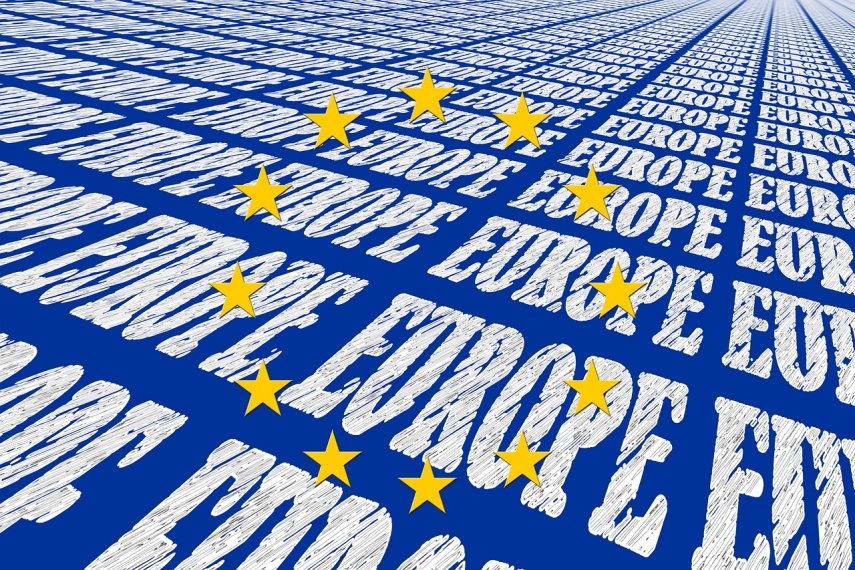 TALLINN - Estonian Prime Minister Kaja Kallas gave the parliament an overview on Tuesday of the government's activities in implementing its EU policy.

Kallas said in her overview that trust and reputation are the strongest currency -- something that takes years to achieve, seconds to lose and forever to restore.

"If Estonia is not comprehensible, reliable and predictable, it stops being a part of 'us', that is a part of the West and ultimately, it won't be protected through core values, either," she said.

The premier said that pooled sovereignty brings Estonia joint protection by allied forces, a security network in the form of the single currency, access to the world's best knowledge, a market for the services and goods created by us and support for building state gymnasiums, hospitals and the e-state.

"It also rapidly brings Estonia efficient coronavirus vaccines in the amount needed," she said, adding that for these reasons, it is and always should be in Estonia's interest to strive towards the core of European policies and joint decisions because this is the strongest guarantee for a small state for being able to determine its own fate and future.

Speaking about the coronavirus crisis, Kallas said that the European Union should create a capability to declare a health emergency for occasions where rapid action is required. The review of the rules in the Schengen area also needs to take the lessons learned in the health crisis into account and make the area more resilient to crises.

Kallas pointed out financial solidarity as a second important pillar.

"As a result of the last crisis experience, we've strengthened the euro area and the coronavirus has proven that this is an essential security network -- this insurance policy works," she said.

Kallas pointed out the large internal market of the European Union as a third important factor providing resilience to crises.

"It is true there were shortages there, and this fear has not disappeared entirely now that new strains of the virus are spreading. Somewhat unexpectedly, the crisis has highlighted IT as the tool enabling the society to operate tolerably even in quite extreme conditions," the premier said.

"Naturally, access to strategically important materials and technologies is not just important for the protection of health but also for implementing the green and digital turnaround," Kallas said. She added that the European Commission presented last week the digital compass initiative which will strive towards implementing digital signatures in addition to also focusing on electronic chips, digital skills and other objectives. Kallas expressed hope that the European Council will grant the initiative its approval in principle next week.

The prime minister said that Estonia wants the European Union to also continue with the topic of free movement of data. The prime minister deemed important that the soon-to-be discussed digital services act should enable European businesses and platforms to benefit fully from the large internal market.

Kallas also touched upon environmental issues in her speech. She said that that man-made climate change is the source of numerous new conflicts.

"The spread of coronaviruses is caused by humans consistently and extensively changing nature for their own benefit in a way that strips nature from the ability to cope with it on its own," Kallas said, adding that the prosperity of mankind has had a devastating effect on nature.

"The government supports the European Union's objective of climate neutrality and the inclusion of it as a legally binding goal in the so-called European climate regulation. Moreover, we also support a similar goal for Estonia and have recently also initiated the drafting of the development plan for the environment," she said.

The premier underscored that in the context of EU decisions, the process of attaining the climate objective needs to be fair and cost-efficient.

"Sensitive industrial sectors need to be given the opportunity and time to adapt to changes; therefore, the result should be gradual movement towards climate neutrality," she said.

"The government will definitely strive towards smarter and greener industries. The 50 million euros of seed money for hydrogen technologies from the European recovery fund will hopefully provide the impetus needed for a hydrogen turnaround. I hope that the Rail Baltic project will give a similar boost to the digital and green turnaround and I also want to strengthen regional and transatlantic cooperation at the Tallinn Digital Summit," the premier said. She also pointed out that some 3.3 billion euros have been earmarked for Estonia in the new EU budgetary period for meeting the climate neutrality objective.

Kallas said that Estonia's strategic challenges are constantly changing together with the population, environment and technology yet have remained the same in their essence.

"I very much hope that our deterrence capability and toolbox will be able to keep up with these developments in the world," she said.

Kallas pointed out that the new year began with reaffirmation of close and friendly cooperation with the United States based on shared values.

"For that reason, it is encouraging that a number of topics that have strained relations have been or are about to be resolved," she said. Kallas pointed out that the coronavirus crisis has shown that the preparedness and capability of the European Union to cope by its own means needs to be enhanced.

"Europe's capability and credibility in terms of contributing to transatlantic security through the tools of the European Union also need to improve. We must take into consideration that transatlantic relations are and will always be the cornerstone for European security, which means that discussions of military defense by the allies, contributions thereto as well as of military operations all need to be held within the NATO framework together with our other allies and not in parallel or behind its back," she said.

"Estonian affairs are European affairs and vice versa -- strong states make Europe strong and a strong Europe will, in turn, strengthen European states," Kallas said. She stressed that all sectoral development plans need to predict as well as shape European developments at least from Estonia's perspective and ministers will also report on these activities in the Great Hall of the parliament.

"Europe will never be finished, because Europe doesn't have a final objective, and neither does it need one. However, it is important that we care about our future and assume responsibility for it -- that we understand that Estonia, cannot, must not and shall not remain alone," the prime minister said. "I hope that Estonians won't stop hoping for and dreaming of a peaceful, protected, free and diverse Europe, because there is no Estonia without Europe and the re is no Europe without Estonia."