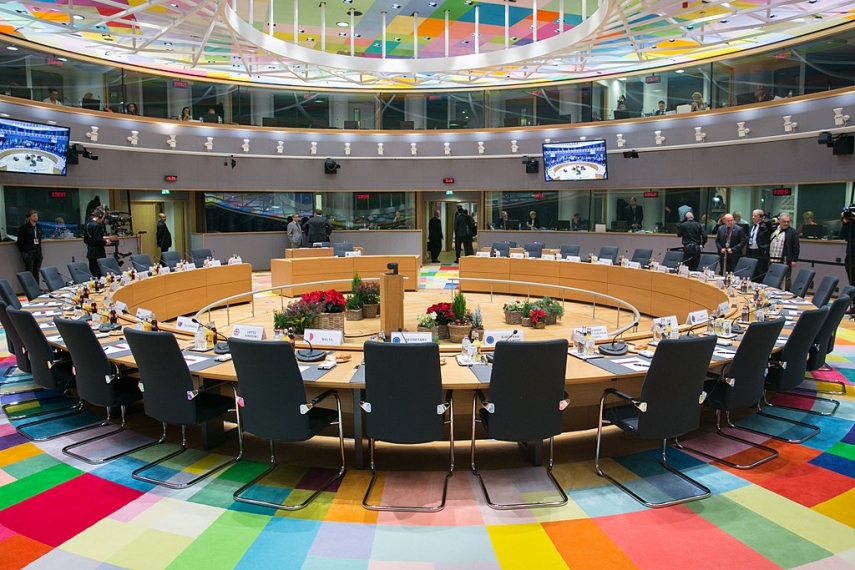 TALLINN - Speaking at a meeting of the European Council on Friday, Estonian Prime Minister Juri Ratas said that to increase prosperity and create new jobs, the single market which serves as the basis of Europe's economic growth needs to be strengthened in all areas.

Ratas said that the European Union has been successful developing the single market, spokespeople for the Estonian government said.

"Our economy and investments are growing, industrial production has risen by 9 percent in comparison with 2014 and digital connectivity across all of Europe has grown more than 40 percent. The European Union also is closely integrated into global markets," Ratas said.

The Estonian premier said that in order for Europe's prosperity and the union's global competitiveness to grow, the single market needs to be deepened and strengthened further and several worrying issues addressed, such as protectionism and slow technological development. The development of Europe's service trade is clearly below its true potential at the moment, he added.

Ratas said that the European Union needs to focus on developing the service economy and digital solutions.

"We must have goods and services which the rest of the world wants to buy. Also, investments in innovation must be increased and more attention paid to advancing the digital economy, including trade in data and artificial intelligence," he said.

EU leaders on Friday also made preparations for the EU-China summit to held on April 9. Ratas expressed hope that the upcoming summit will bring practical results in the further development of relations.

"The European Union's policy vis-a-vis China must be based on the common values and interests of the member states. China is an important economic and trade partner to us and it is definitely important to observe the principles of open markets and sustainable development in these relations," Ratas said. "We are interested in cooperation towards creating better connectivity between Europe and China, which would contribute to an increase in trade flows and investments. It would also help to maintain a dialogue on the topics of digital security and freedom of the internet," the prime minister added.

In matters of climate, the EU leaders reiterated their commitment to the Paris Agreement and recognized the need to step up the global efforts to tackle climate change in light of the latest available science. The Council will go on with the discussions at the end of the year to agree on a long-term EU climate strategy.

Ratas said that the transition to low-carbon economy creates new opportunities for businesses and citizens, while also posing challenges.

"When setting new goals it has to be taken into consideration that this affects the whole economy. It is especially important to ensure energy security," the prime minister said. "Each person's contribution to achieving climate goals is important. Yet setting ambitious goals alone does not guarantee a result. We need to find cost-effective ways for fulfilling the agreed obligations, involve everybody in the process and take into consideration the possibilities of each member state," Ratas said.

In its conclusions, the Council calls for further enhanced coordinated efforts to address the internal and external aspects of disinformation and protect the European and national elections across the EU, also in the context of the coming elections to the European Parliament. Information-sharing is key in that context and the recent establishment of the Rapid Alert System is an important step forward.

"It is an integral part of increasing the EU's resilience to hybrid threats," Ratas said.

The EU leaders said that five years after the illegal annexation of Crimea and Sevastopol by Russia, the EU remains resolute in its commitment to Ukraine's sovereignty and territorial integrity. The EU reiterates that it does not recognize and continues to condemn this violation of international law which remains a direct challenge to international security. The EU remains committed to implementing its non-recognition policy

The EU heads of state and heads of government started the second day of their summit with the leaders of Iceland, Liechtenstein and Norway to together mark the 25th anniversary of the European Economic Area.