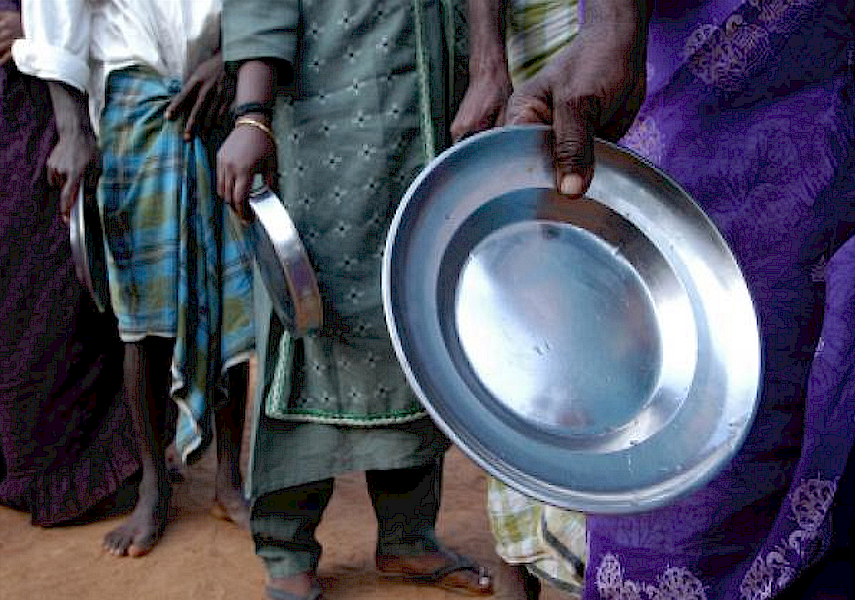 TALLINN - Many citizens in Estonia fear that their government is complying with the European Commission’s wish for Estonia to take in refugees, but without much of a plan for how to integrate them once they arrive.
Administration authorities and public institutions are oftentimes overburdened by this complicated task. As Eero Janson from the Estonian Refugee Council told The Baltic Times, “The reception centre [in Estonia], for example, is right now overcrowded and the staff there, which is just 3 people, can’t deal with the influx.” This is where different NGOs and aid agencies step in.

One of them is Eesti Pagulasabi, the Estonian Refugee Council. It was founded in 2001 with the aim to help refugees and improve their living situation primarily, but not exclusively, in Estonia, including social integration of refugees into the Estonian society, including cultural and labour market integration.

According to Eero, in the past there have not been any public services available to integrate refugees. But now, the Act on Granting International Protection to Aliens grants all persons who obtain international protection in Estonia assistance in 1) finding housing, renting, repairing and furnishing thereof; 2) obtaining social and health services; 3) organising translation and Estonian language instruction; 4) obtaining information concerning his or her rights and duties”.

“The reality is that basically all of them want to work and all of them find a job,” says Eero.
The problem is that the communication between refugees and landlords proves still difficult and many asylum-seekers are not able to find accommodation close to their workplaces.

Another problem is language learning. On the one hand, it is easier to learn the language within a work context; on the other hand, it´s harder to find good jobs or education for children without knowing the Estonian language.
Therefore, it might be the best solution to provide the refugees with a possibility for an active use of language – like workplaces and schools – and additional evening classes. This is most difficult for young adults who want to attend university in Estonia.

Although the Estonian government is already providing cultural orientation classes, which Eero sees as a big improvement, the refugees still have to care for their language learning themselves, which is difficult as there is often no middle language and language classes are only offered in big cities like Tallinn and Tartu. This is where ECR tries to help.
But getting a job is not only important for the financial independence and the language learning of the refugees, it is also “good for the social perception of the refugees; that they are effective people who work”, because the public rejection of refugees and the negative attitude towards them is still a severe problem in Estonia.

“In the social media we have, for example, big groups or communities against refugees spreading basically lies”.
Eero sees the major causal of this problem is a lack of knowledge based on negative stereotypes spread by the yellow press and an insufficient communication of the Estonian government not conveying and empathy or information on the reasons why the refugees had to flee their countries. Refugees are seen as regular migrants, not as people who are fleeing war or dangerous situations. This is why the second aim of the ECR is to create better awareness about the situation of refugees among Estonian public, especially the youth.

The third aim of the ECR is the representation of refugee interests. ECR helps the Estonian NGOs working with refugees, so that they are mutually informed about their work and speak to the government with one voice.
Another NGO working in the field of integration is the Estonian Human Rights Centre. The centre’s legal expert, Anni Saar, told The Baltic Times about the support their NGO provides to new refugees on the path to integration, including language courses and career consultations from the Estonian Unemployment Insurance Fund. One of the most important things, however, is information and legal aid.

“Free legal aid would guarantee that refugees know their rights and obligations. Free legal aid assures that their rights are not violated during the procedure (thereby minimising the number of complaints) and provides faster and more effective asylum procedure,” explains Saar. However, the Estonian Ministry of the Interior has finished funding a free legal aid clinic to provide aid to asylum seekers. This service provided aid to all who requested it, and the provider was overloaded. This is an issue, Saar explains, that needs to be fixed.
In addition to legal aid and general assistance, language courses are item number one on the list for successful integration.

“Most importantly there should be language courses as soon as possible. Language courses should not be the same for everybody, the courses ought to have levels and take into account how long the person has learned Estonian. There should also be cultural lectures and refugees should be taken to national events in order to understand the culture better,” says Saar.

Besides the negativity surrounding the question of refugee integration and acceptance, Saar explains that the media does little to help stop the spread of negative stereotypes and hype.
“It is difficult to change attitudes now, we should have done something years ago and continued to do so in order to have better attitudes now. There should have been better media coverage but instead of this it seems media is actually amplifying stereotypes,” Saar told The Baltic Times.

However, despite negativity, there are stories of successful integration all around. Karwan, from Iraq’s Kurdistan, is one such example. After making his way to Estonia through Turkey and Russia in 2003, he has been granted citizenship in 2015 and opened his first restaurant in Tallinn, with plans to expand. There are also some companies who have hired asylum seekers/refugees and are happy to share their experiences.

For Estonian NGOs, the future looks bright and Eero looks positively into the future. In his view, the situation greatly improved within the last few years, especially concerning integration services. Preparations for integrating the number of 150 new refugees that Estonia will take in within the next two years has already begun.
“At the beginning of next year when the first relocated and resettled refugees will arrive, the system will be ready, I have no doubt about that.”

For him it is a work in progress, but with the help of the NGOs he is convinced that the situation is manageable.
Saar explains that, in simple terms, the human aspect of refugee integration should be remembered.
“Refugees are regular people. There are hardworking Estonians as well as there are also hardworking refugees. Like there are Estonians who don’t want to work, there are also refugees who don´t want to work. But what can be convincing is the good experience of others – if the person or his acquaintances know a refugee who is hardworking and contributing to society.”