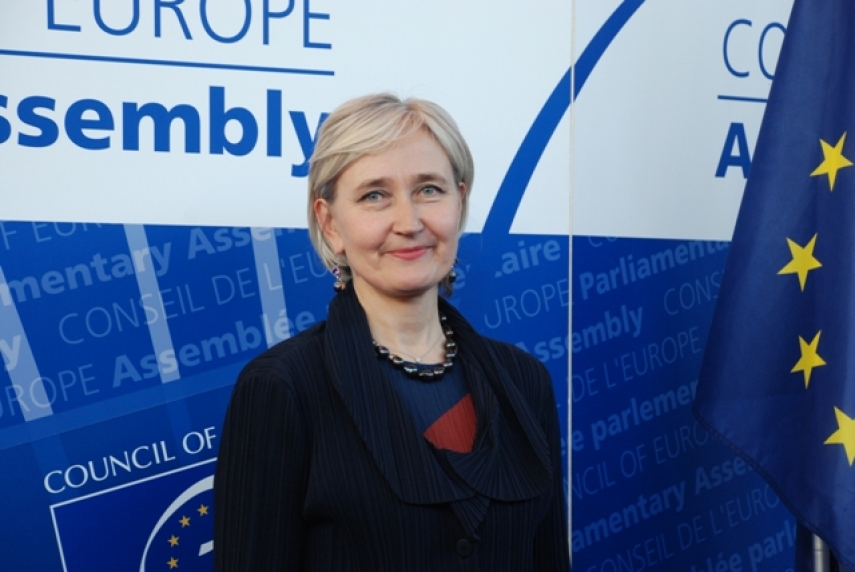 TALLINN - Vice president of the Parliamentary Assembly of the Council of Europe (PACE) and head of the Estonian delegation Marianne Mikko on Tuesday gave an overview of PACE's 2017 activities, which were influenced by Russia's right to vote and the developments in Turkey, in the parliamentary foreign affairs committee.

"For the whole year the topic of Russia put a strain on PACE," Mikko was quoted by spokespeople as saying. "There is no doubt that Russia has breached international law in Ukraine and therefore the decision to strip Russia of the right to vote was justified. In March the administration of PACE invited Russia's representatives to to the standing committee's meeting in Madrid to discuss holding a dialogue and continuing with cooperation," she added.

According to Mikko, the Russians unfortunately did not want to take part in a debate about the military conflict intensifying in the Donbas region and in June Russia stopped paying its Council of Europe membership fee.

The situation was further intensified by PACE's President Pedro Agramunt visiting Syria at the end of March at the invitation of Russia and the fact that during the visit he met with Syrian President Bashar al-Assad, Mikko added. "Members of the Estonian delegation were among those who demanded for Agramunt to resign. Since PACE's procedures didn't allow for a president to be removed, amendments to the rules of procedure were proposed. Agramunt resigned in October," she said.

An important debate in PACE was held regarding the functioning of democratic institutions in Turkey. Mikko was one of the rapporteurs on Turkey. The assembly supported the conclusions of her and Ingebjorg Godskesen that the situation of human rights has worsened in Turkey, and voted for Turkey's monitoring to be reopened. "It was an unprecedented decision," Mikko said. "Turkey, in turn, decided to abandon the role of a major funder of the Council of Europe," she added.

In 2017 PACE also focused on media freedom in Europe and attacks against journalists, the migration crisis and the need for reforming the migration policy, the democratic developments in Ukraine as well as the situation of Syria and Lebanon. Corruption in PACE itself was also discussed.