Estonian justmin commends all who fought against occupation 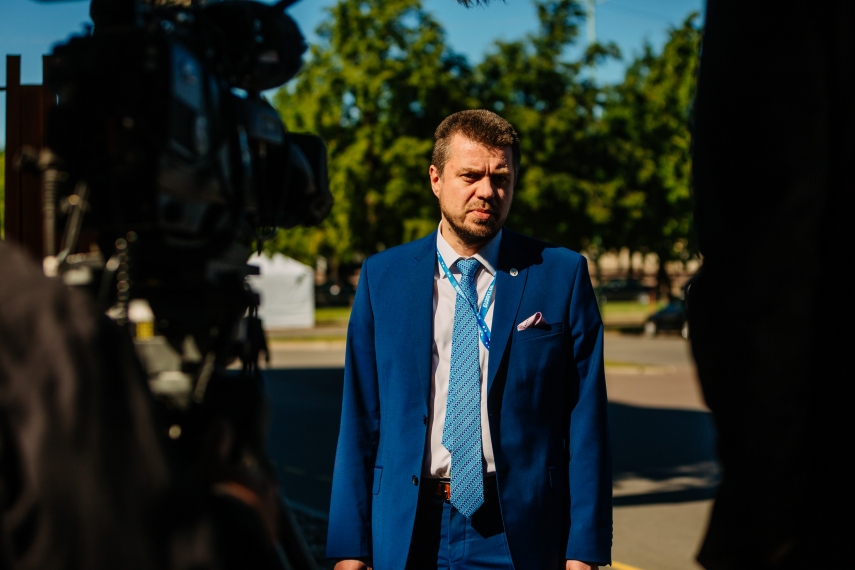 TALLINN - Estonian Minister of Justice Urmas Reinsalu in his speech to mark Resistance Day on Saturday commended the service of all the people of Estonia who participated in resistance against occupying forces.

The minister placed wreaths at the base of the memorial for victims of Communism in the Maarjamae seaside area of Tallinn as well as on the grave of former prime minister Otto Tief.

The minister said at a ceremony to commemorate the government of Otto Tief at Metsakalmistu that 74 years ago, Otto Tief's government was formed by acting president Juri Uluots, which issued a signal to the world about the unconditional wish of the people of Estonia to restore the independence of their country and deny the occupation of Estonia by both totalitarian countries. Reinsalu emphasized that thanks to Tief's government, the principle of legal continuity was maintained when restoring the country, on the basis of which it was possible to once again rebuild statehood.

"The history of occupation time Estonia is not only the history of repressions and everyday life. The time of occupation is the history of the fight of the people of Estonia and this fight resulted in our victory when the Russian forces left here. To understand the amount of those who participated in the fight, let us in our minds increase our population to the same size as the population of the United States -- slightly over one million people of Estonia and over 300 million Americans. In this proportion, there were two million people fighting in the Summer War, 15 million people fighting in the Battle of Tannenberg Line and five million people who were Forest Brothers. Altogether 200 thousand people sat in prison in political arrests after the death of Stalin. Thus, we did not accept foreign powers silently, far from it. There were several wars against occupiers essentially since 1941," Reinsalu said in his speech.

"Those who have lived in slavery know the real price of freedom. Those who stood against an opponent with a boundless advantage, because it was their journey for standing for the truth, know the real price of bravery. It is important to pass on to the next generations the knowledge of this bravery, this is confirmation that we are also ready to fight for Estonia's freedom," Reinsalu said.

Resistance Day, which is celebrated on September 22, marks the September of 1944 when the government led by Otto Tief assumed office and Estonia unequivocally expressed the wish to be independent once again. Those who resisted the occupations are rememberd on this day.