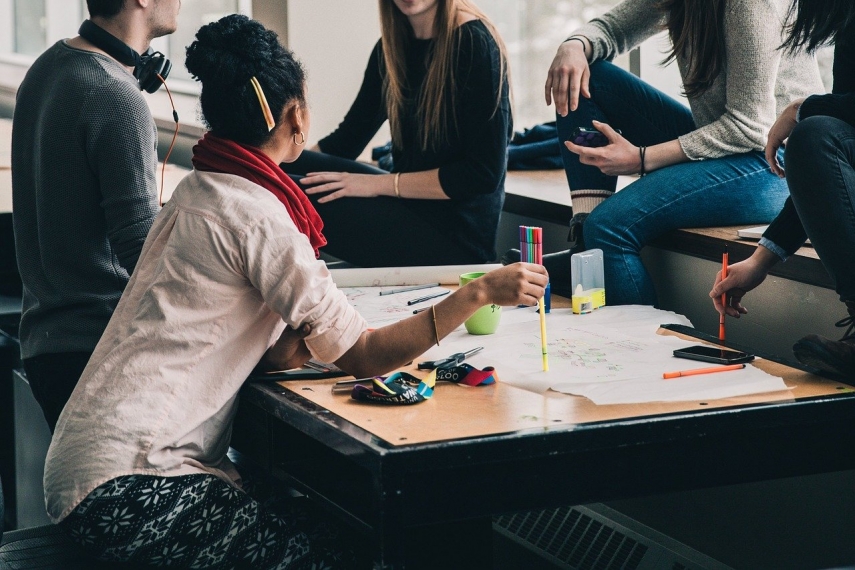 TALLINN - The Estonian government on Thursday agreed on amendments to the Aliens Act regarding student mobility from third states, the purpose of the amendments is to hinder the emergence of communities which the Ministry of the Interior deems are posing high immigration and internal security risks.

Minister of the Interior Mart Helme said that the present student mobility regulation must be amended as it does not sufficiently take into account the need to ensure public order and national security, spokespeople for the ministry said.

"Our goal is to prevent a constant increase of communities from risk countries, which are predominantly created through study mobility," Helme said.

"To that end, I deem it necessary to review the conditions under which foreigners who come to study in Estonia can bring with them their family members and remain in Estonia after finishing their studies. This bill seeks to deliver a clear message that foreigners must return to their home state after the end of their studies and student mobility cannot be used as means for taking up permanent residence in Estonia," he said.

Helme disagreed that by restricting student mobility, Estonia will become a closed state.

"There are close to 2,000 students from various European states studying in Estonia each year. We won't be restricting student mobility within the European Union. What poses a problem is the communities of nations that did not use to be represented in Estonia and are increasing as a result of student mobility, and whose historical, cultural and religious background is significantly different from ours. In the worst case scenario, they might conflict with the society, creating integration difficulties and closed communities," the minister said.

International students numbered 5,528 in Estonia last year, according to data by the Ministry of Education and Research. Of said students, 1,863 come from an EU member state and 3,446 from third states.

Pursuant to the amendments, long-term visas would no longer be granted to international students' family members under the same conditions as to the foreign students who have come to study in Estonia. An international student would only be able to invite their spouse to Estonia two years after they have arrived in Estonia for study purposes. Two years is sufficient for making sure that the residence permit granted for studies is being used as intended as the alien will have had enough time to adapt, find a permanent place of residence and ensure that they can support their spouse. Family members of international students can in the meantime apply for a visa independently and visit their next-of-kin studying in Estonia.

"Immigration clearly produces more immigration. While in 2017, 61 international students from third states brought a family member with them, the corresponding number in 2019 was 151. There has been a threefold growth in just two years," he said, adding that family members were brought to Estonia predominantly by international students from Nigeria, Bangladesh and Iran, all of which were risk states according to the yearbook of the Estonian Internal Security Service (ISS).

The number of students from third states seeking to remain in Estonia after concluding their studies has grown year by year. A new residence permit was sought by 70 percent of foreigners whose permit granted for study purposes expired last year, the largest number of such applications was submitted by nationals of Russia, Ukraine, Nigeria, India and Bangladesh.

The amendments also prevent aliens who have been granted a residence permit for studies from receiving needs-based education allowance.

"As said earlier, one of the conditions of granting a residence permit for studies will be that the alien has sufficient legal income, which ensures they are able to support themselves and their family members in Estonia. The purpose of the requirement is to prevent the alien becoming a burden to Estonia' social insurance system," Helme said.

The approved amendments will serve as basis for a bill, which the Ministry of the Interior seeks to be handled in the parliament in expedited procedure.