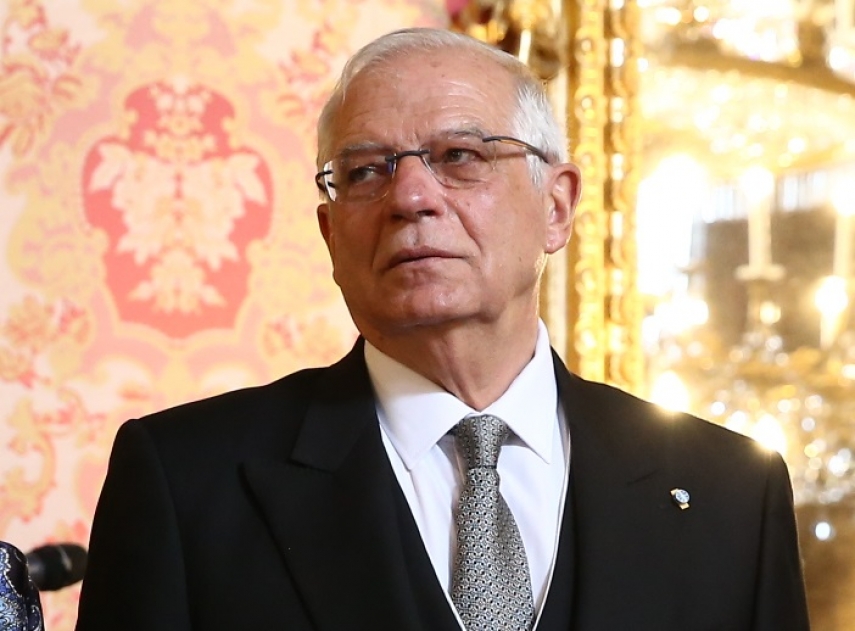 TALLINN – Estonian Foreign Minister Urmas Reinsalu, along with the foreign ministers of Latvia and Lithuania, on Sunday evening met with the new High Representative of the European Union Josep Borrell.

On Monday, the minister will attend a meeting of the Foreign Affairs Council (FAC) of the EU in Brussels that focuses on EU-Africa relations and the state of human rights in the world, spokespeople for the Ministry of Foreign Affairs said.

"At the meeting with the high representative, I plan to discuss Estonia's priorities in the UN Security Council and how our membership can help increase the influence of the European Union. Along with my Baltic colleagues, I will present our positions on Russia's continued aggression in Ukraine and Georgia, and important issues of the Eastern Partnership," Reinsalu said ahead of the meeting on Sunday.

According to him, Josep Borrell is taking office at a crucial moment when, based on the input of all member states, he would need to ensure Europe's key role in a geopolitically changing and tense world.

After meeting with the high representative on Sunday evening, Reinsalu took to social media to wish Borrell strength in ensuring Europe's key role in protecting a rules-based world and human rights.

"Great to have you on board, Josep Borrell. I wish you vigor and resolve in ensuring Europe's key role in protecting a rules-based world and human rights," Reinsalu wrote on Twitter.

"At the dinner today, we also discussed Estonia's plans in the UN Security Council and how we can amplify the EU's voice," the minister added about the dinner involving Borrell and the three Baltic foreign ministers.

The discussion on Africa at Monday's meeting will also have strategic importance for Estonia, Reinsalu said. "The deteriorating situation in the Sahel region as well as the potential effect of climate change further down the line increase the likelihood of increased migration pressure on the borders of the European Union. We can and must stop migration pressures more efficiently in cooperation with African states," Reinsalu explained, adding that in the Security Council, the majority of work is related to security crises in Africa.

The foreign ministers are to also discuss the state of human rights in the world, including recent worrying restrictions on the civil society in Russia. They will also touch upon current affairs, such as the Arctic, Moldova and Hong Kong.