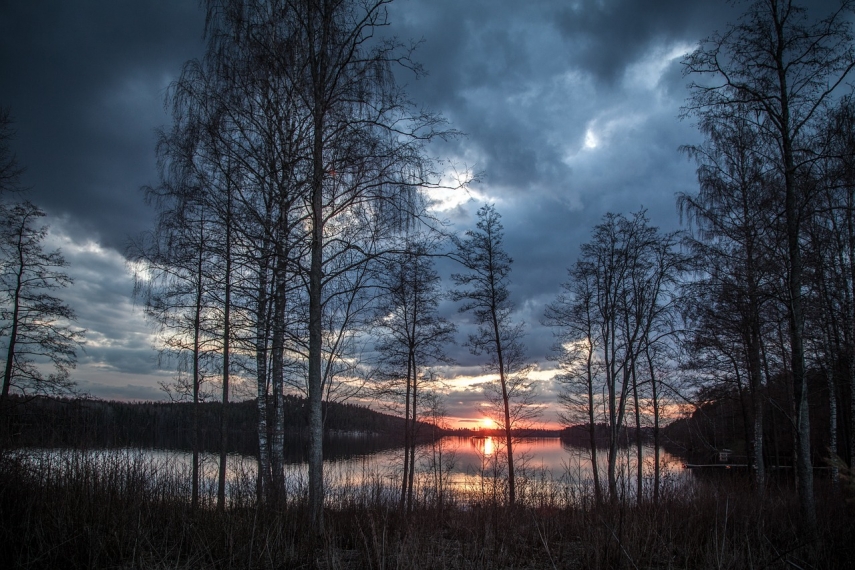 TALLINN – The Estonian Forest and Wood Industries Association and the Estonian Private Forest Association have called an emergency as significantly bigger amounts of rainfall since August and warm weather have caused a situation where performing the season's works in forests would be irresponsible toward the environment and run counter to the best practices of forest management.

The associations said that while the sector is not expecting financial aid from the government, they expect the government to reaffirm the state of emergency.

"It is not our wish to ask the state for financial support for the forestry sector and we do not presume that the situation of emergency gives the right to forgo contractual obligations arising from every contract, although this may be the case with some contracts. But we do expect different contractual partners, businesses and authorities to demonstrate understanding and a readiness to apply alleviating measures in order to not aggravate the difficult situation that has befallen the sector," said the chairman of the board of the Estonian Private Forest Association, Mikk Link.

"Conducting active work in forests in the present wet weather conditions is not responsible towards the environment and runs counter to the good practices of forest management. The situation is especially difficult for people getting their pay from the forest. These impacts may not be revealed immediately, as a result of rainy weather we have to work in areas now where we usually work when the weather starts getting warmer in spring. This however means that the situation may get more difficult still in spring," said Marek Kase, chairman of the board of the Forest and Wood Industries Association.

It is first and foremost financial institutions and large consumers, the agencies processing EU support and the parties within the sector that are expected to demonstrate understanding The associations are also calling on the state to reaffirm the emergency, in order for businesse to be able to explain the situation to partners.

The associations point out that since August 2017, Estonia has been getting on the average one-third more rainfall than usual. On the other hand, above-average air temperatures have prevented the ground from freezing.

In most forests across Estonia the ground cannot support forest machinery and a big portion of forest roads cannot be used either because they have been flooded or maximum vehicle weight limits have been imposed by the authorities to avoid disintegration of the roads.

The Estonian wood and forestry sector accounts for approximately 5 percent of Estonia's gross domestic product and employs some 40,000 people mostly in rural areas. The amount of tax revenue it pays into into the state budget equals the budget of the Ministry of Education and Research, the associations said.

An emergency in Latvian forests was announced at the end of last year.