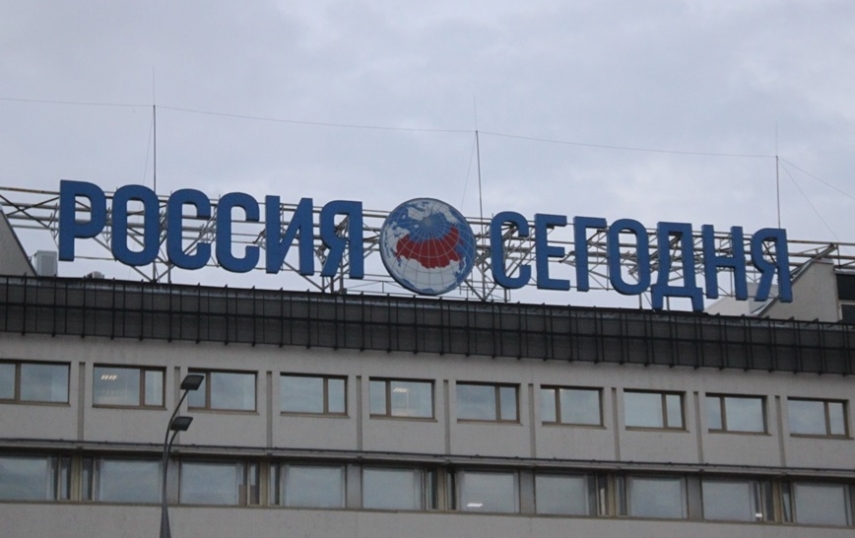 TALLINN - The head of the Financial Intelligence Unit, Madis Reimand, said that the fact that sanctions are being imposed against Rossiya Segodnya in Estonia cannot come as any surprise, the "Aktuaalne kaamera" newscast of public broadcaster ERR reported.

"Our objective is to fully comply with Estonian law and the sanctions imposed by the European Union. And that means that if Rossiya Segodnya, which is controlled by Dmitry Kiselyov, against whom sanctions have been imposed, has assets in Estonia, they must be frozen and access must not be given to funds or economic resources, that is provide services that would enable Rossiya Segodnya to do business. When it comes to Estonia, this prohibition applies to people operating in the territory of Estonia," Reimand said.

According to Reimand, Kiselyov's person is the only reason why sanctions are being imposed against Rossiya Segodnya.

Russian Federation Council Speaker Valentina Matviyenko said that Russia will take reciprocal measures if the Estonian authorities continue its current policy toward Sputnik journalists by putting pressure on them, the TASS news agency reported on Thursday.

According to TASS, the Russian Federation Council sent letters to OSCE Representative on Freedom of the Media Harlem Desir and Council of Europe Commissioner for Human Rights Dunja Mijatovic, calling on them to influence the Estonian government in order to stop any attempts to hinder the work of the Sputnik news agency.

The Estonian Ministry of Foreign Affairs told the daily Postimees on Wednesday that Sputnik was founded in 2014 by Rossiya Segodnya as its international branch. The director general of Rossiya Segodnya, Dmitry Kiselyov, is one of the Russian officials on the EU list of sanctioned persons due to being a supporter of the violation of the territorial integrity of Ukraine. Kiselyov played a central role in Russian propaganda in support of the attack on Ukraine, that is the annexation of Crimea in 2014 and Russian military activity in eastern and southeastern Ukraine.

On the basis of the personal sanctions imposed against Dmitry Kiselyov, Estonian banks in late October froze the bank accounts of Rossiya Segodnya.

In December, the Financial Intelligence Unit informed individuals who have an employment contract or employment relationship with Rossiya Segodnya that knowingly sanctioning or providing services to the organization could result in criminal liability.

The journalistic content of Sputnik is of no importance from the perspective of application of financial sanctions. The decisive factor was Kiselyov's role in the attack on Ukraine and his personal ties and benefiting from the activity of Rossiya Segodnya, the daily Postimees reported.