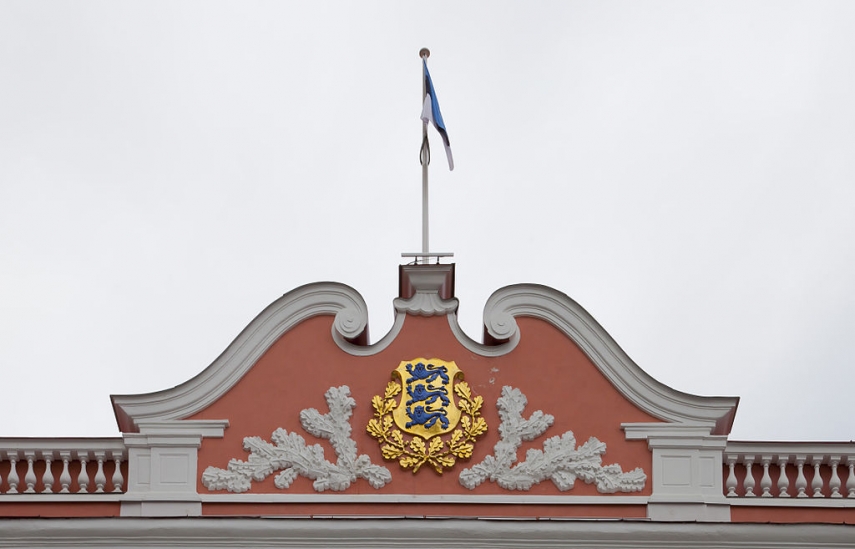 TALLINN – The extended board of the Center Party adopted a political statement at its meeting on Saturday which declares that the government led by the Center Party has broken many dogmas and political myths during the 15 months that it has been in power.

The statement says that under the leadership of Center, big changes have been effected which earlier were considered not possible and not necessary. The new tax system improved the living standard of 80 percent of Estonian residents, additional money was found for healthcare, farmers were helped and municipalities made stronger.

"The facade of political myths about good and evil, right and wrong, black and white has started to shatter at last," the extended board of the party said in the statement adopted during a meeting in the northeastern industrial city of Kohtla-Jarve.

"The system of flat tax, which by each percentage point of reduction planed another slice off the income of the state and left money in the hands of the better-off, was hailed for decades as the only possible. To the proportional income tax used in few countries of Europe the role of guarantor of foreign investments and our economic success was ascribed," the statement reads.

Today we can see that a fairer tax system beginning this year leaves more money in the hands of the people receiving lower or the average wage and intensifies economic growth through an increase in domestic consumption. If we wish to make the tax system also simpler and more just still, the classical graduated rate income tax put forward by the Center Party has to be imposed, it says.

The Center Party said that while political opponents have always attempted to put an equation mark between the Center Party being in power and a slowdown in the development of Estonia and outright collapse of the economy, Estonia at present is seeing the fastest economic growth in six years. Growth is broad-based and embraces most areas -- construction and agriculture, manufacturing and science alike. Long-term unemployment and inequality of wages have decreased, new jobs have been created and productivity of labor has increased.

"For years it has been stressed in Estonia and regrettably also outside that only under the leadership of the Reform Party will our present foreign policy and active role as a member of the European Union and NATO continue. By now the government of the Center Party, the Social Democratic Party and Pro Patria and Res Publica Union has successfully completed the Estonian presidency of the Council of the European Union," it said.

"At the parade on the anniversary of the republic our defense forces and allies stood shoulder to shoulder. Estonia is a country which fulfills its obligations and contributes over 2 percent of GDP to national defense. The government led by us adopted the biggest defense budget of all time. It is also positive that according to a survey commissioned by the Ministry of Defense, the trust of the people of Estonia in different national institutions and international alliances has grown. The support ratings demonstrated that namely the change of government in 2016 has made a strong contribution to this."

The extended board of the Center Party criticized Reform Party, the party that led a number of successive governments of Estonia until late 2016, for failure to take appropriate steps to build structures on the Estonian-Russian border and to address problems in the county's digital development, which became explicit with the revelation of the ID-card security risk. It said that when the latter was revealed, the leading party of the previous government began to attack the new government instead of admitting its own mistakes.

"These are but a few examples to prove that the time is finally up for myths which hold back substantive discussion and development. Threats and confrontation are never sustainable. Now that precisely one year has been left until the elections, we have the opportunity to start with a substantive dialogue that will take life in Estonia forward. A state that has become one hundred years old deserves that also its political culture reaches adulthood," the statemen reads.

On the topic of citizenship, the Center Party said that they are ready to demonstrate to the tens of thousands of stateless residents who have lived and worked in Estonia for long and have set up family here that we will accept them as loyal citizens of the Republic of Estonia in a simplified procedure if they wish.

"We find that the so-called grey passports issued several decades ago are no longer a 'temporary solution' already for a long time," the Center Party said. "It's always easy to find reasons why one or another solution is not suitable. All political parties must offer solutions for how to end at last the dividing of people based on citizenship and ethnic background. We cannot go on speaking of the people who live here as 'us' and 'them' forever. Instead of dividing people, it should be a common concern for all of us how to make our society more cohesive and increase the birth rates of the people of Estonia," the leading party of coalition government ruling Estonia said.