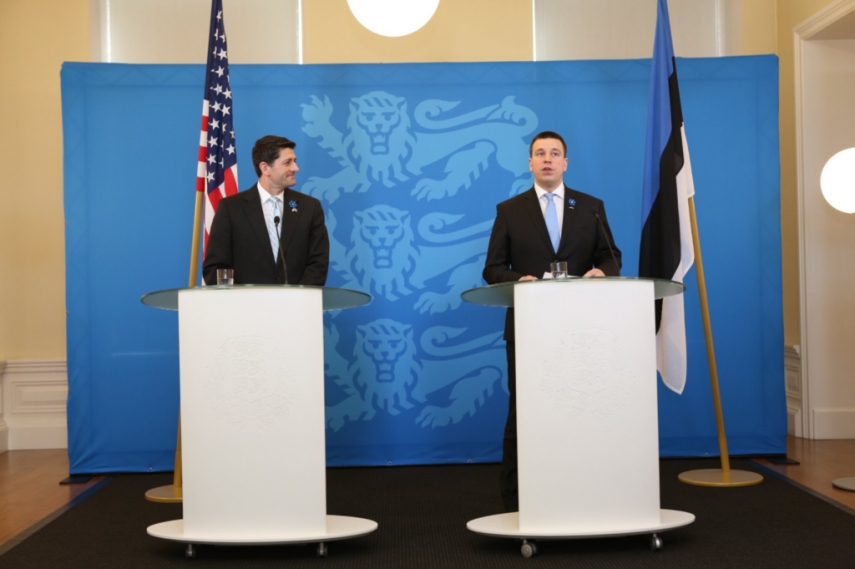 TALLINN – The labor markets of Estonia and Finland are now effectively intertwined, Estonian Prime Minister Juri Ratas said at a meeting with his Finnish counterpart Juha Sipila in Tallinn on Saturday.

Ratas described the relationship between Estonia and Finland as exceptionally good.

"Good relations build on historical ties, and now we have reached a stage where the labor markets of Estonia and Finland are practically intertwined and nine million trips across the Gulf of Finland are made per year. The celebration of the jubilees of both countries brings our people closer together still," Ratas said.

"Rail Baltic offers opportunities to Finnish businesses already in the design and construction phases and favors economic growth in general," Ratas said, adding that Estonia welcomes the interest of Finland to take part in the project.

The meeting in Tallinn was held to discuss bilateral relations, celebrations of Estonia 100 and Finland 100, challenges related to the future of the European Union, and to present the priorities of the Estonian presidency of the EU Council.

"Our general aim is to strengthen the unity of the EU in the difficult times. It doesn't come as a surprise to anyone that we will focus also on developing digital Europe. That is a horizontal topic interwoven into the agendas of all councils," Ratas said. "At the same time, we must address challenges having to do with energy connections, migration, climate and security, which requires a good cooperative spirit and determination."

Ahead of the meeting, a match of football was played between the teams of the government offices of the two countries captained by the prime ministers at Shnelli Stadium not from the seat of the Estonian government.

After the meeting, the prime ministers were scheduled to take part in a business seminar titled "Productivity Brainstorm" hosted by a Sorainen Law office.

The day of Finland 100 in the Estonian capital will culminate in a concert at Freedom Square, to be opened with brief remarks by both heads of government.