Estonia's new interior minister: There will be no head-chopping 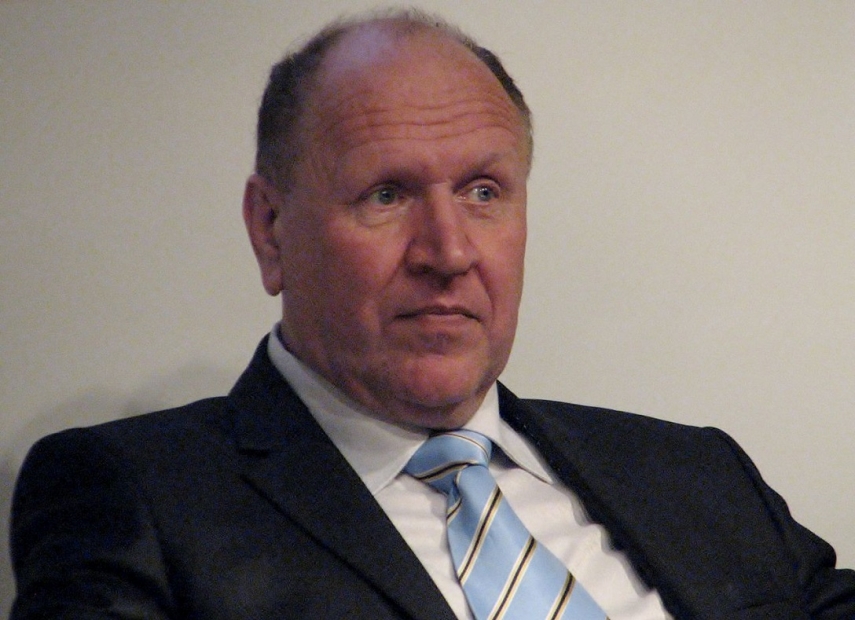 TALLINN - Mart Helme, leader of the Estonian Conservative People's Party (EKRE) who was sworn in as the minister of the interior along with the rest of the new Estonian Cabinet on Monday, said in his inaugural speech at the Interior Ministry that there will be no head-chopping as he takes over as minister, Postimees said.

"I didn't even take [an executioner] block with me this time," the EKRE leader went on, explaining that he isn't going to fire anybody and a list to that effect doesn't exist.

"Our goal is not to demolish but to go on preserving the Estonian state," he said.

By head-chopping, the minister made a reference to a widely criticized remark about it being necessary for the heads of some judges to roll, made by EKRE co-leader Martin Helme in spring 2017 in reference to "legal activism" allegedly exercised by some judges in connection with the enactment of the gender-neutral cohabitation act.

Helme described himself as being exceptional in the office of the minister of the interior.

"I am a minister the like of whom has never been seen in this building -- I'm not thinking about career, I'm not interested in money, I don't drink and I'm not after women. What do you do with a guy like this, you can't nail him on anything," the minister told ministry staff in the hall of the building of the Interior Ministry on Pagari Street.

"The prior contacts and conversations I've had with Secretary General Lauri Lugna have been extremely constructive. I have already experienced that everything we have agreed upon has been also put to practice. If all this building is full of so active and effective people, I believe that it will be quite fine working here," the minister said.

Helme said he is hard pressed for time to get familiar with the building and the people because he wants to be well informed about the ministry's financial, property and administrative problems by the time the discussion of the state's financial strategy takes place in the second half of May. Therefore, Helme said, his workdays are set to be long and arduous during the first weeks on the job.