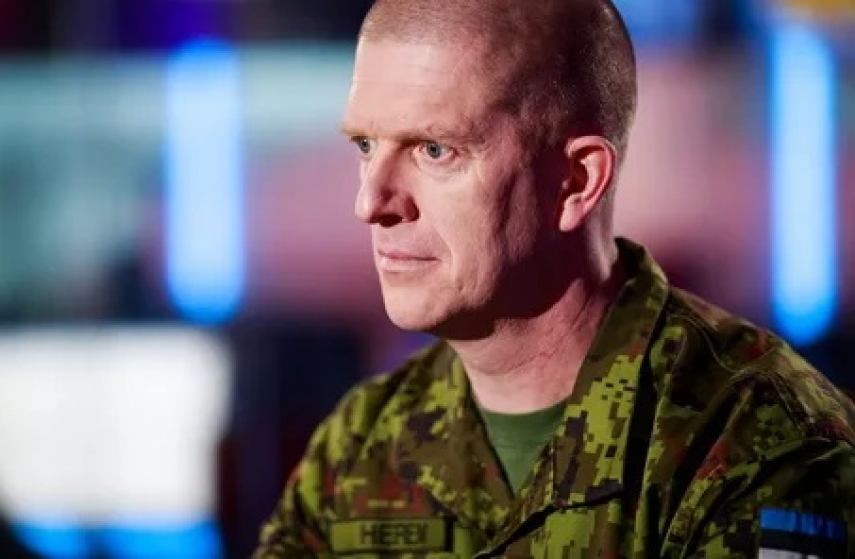 TALLINN - Commander of the Estonian defense forces Maj. Gen. Martin Herem took part in a regular meeting of the military committee of the European Union that discussed the state of play regarding the main topics of the EU's common security and defense policy.

In the course of the two-day meeting that began on Thursday, members of the military committee received an overview of the current state of affairs concerning three military operations and three training missions of the European Union, military spokespeople in Tallinn said on Friday.

The defense chiefs also talked about developments related to the military headquarters of the European Union, possible use of battlegroups as a strategic reserve for operations and missions, military capability building, cooperation with NATO, and the impact of digitalization and artificial intelligence in the military field.

The main discussion took place over ongoing operations and missions. The EU military committee found that despite difficulties, the operations and training missions have been successful and helped improve the security situation beyond the EU's borders. The member states paid a lot of attention to Africa, seeing a need to make the military training missions in Mali, the Central African Republic and Somalia more forceful to increase their efficiency.

"We need to expand the freedom of action of the instructors taking part in the training missions in guiding the units being trained,"  Herem said. "In addition to acquiring skills on training grounds, the units participating in training need support in the preparation and conduct of their operations," he said.

In addition, a report was delivered to the EU military committee by the commander of the defense forces of Ukraine, Lt. Gen. Ruslan Khomchak, who offered an overview of the security situation of Ukraine and reform of the country's armed forces. The defense chief of Ukraine said that Russia continues its aggressive behavior and has effectively declared the Sea of Azov its internal sea. Support from Russia to separatists continues both when it comes to personnel as well as newer equipment.

The commanders of the defense forces of EU member states expressed their support for the territorial integrity of Ukraine and voiced appreciation of Ukraine's efforts to put an end to the conflict in the eastern part of the country.