Estonia had a busy, successful year in foreign policy 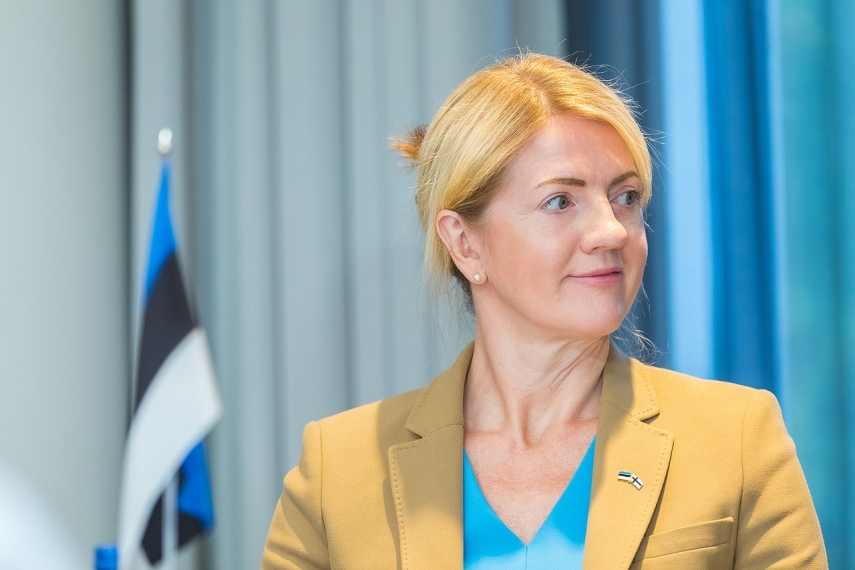 TALLINN - In 2021, the Ministry of Foreign Affairs met all objectives set in the work program of the government for advancing Estonia's foreign policy and reinforcing our independence, Foreign Minister Eva-Maria Liimets said on Thursday.

The minister described competent foreign policy as being crucial for any country, even though sometimes its link to everyday life may not be all that obvious. Estonian diplomats are working on a daily basis to maintain and reinforce Estonia's security, protect the interests of our people both at home and abroad, and preserve the Estonian nation, language and culture through the ages, she said.

"The actual substance and aims of foreign policy are clearly demonstrated by the change in our security situation over this past year, which means Estonia must be adaptable and smart to meet both conventional threats and new challenges. This is why I am proud of all people in our foreign service who are making constant efforts to uphold Estonia's principles and values and working towards our foreign policy aims," Liimets said according to spokespeople.

Commenting on the current security situation, the foreign minister highlighted Estonia's consistent and successful work in maintaining the principled policy of the European Union and NATO. Both in bilateral relations with friends and allies as well as in international organizations, Estonia's actions are focused on keeping issues that are important to us on the agenda and reaching a consensus, she said.

"There is no doubt Estonia's work in standing up for common interests and reinforcing the security of the region has been notable and convincing to our partners. This includes supporting our closest allies hit by the hybrid attack by Belarus, or a straightforward and united response to Russia in light of increased tensions around Ukraine," Liimets said.

"We also boosted our excellent relations with the United States, United Kingdom, France, Germany, Poland and Baltic and Nordic countries. We were active participants in discussions over the future of NATO in order to reinforce our common security, defense posture and Euro-Atlantic bond," she added.

"Despite having no representation on the ground we managed to successfully evacuate Estonia’s cooperation partners from Afghanistan after Taliban's takeover put them in danger. We also kept the focus on events in the country as one of the penholders for Afghanistan at the UN Security Council and coordinated the common messages of the Council," the minister said.

Liimets noted that other feats of the ministry this year included the prompt provision of assistance in travel and consular affairs in the midst of the COVID-19 pandemic, founding the International Development Cooperation Center of Estonia, and Estonia's contribution to the negotiations over the EU's long-term budget, which would ensure funding for the Rail Baltic project and therefore contribute to the prosperity of the people of Estonia and the country's development.

The minister also highlighted the ministry's structural reform, which contributes to our main foreign policy interests, alliances and Estonia’s security, and the salary reform.