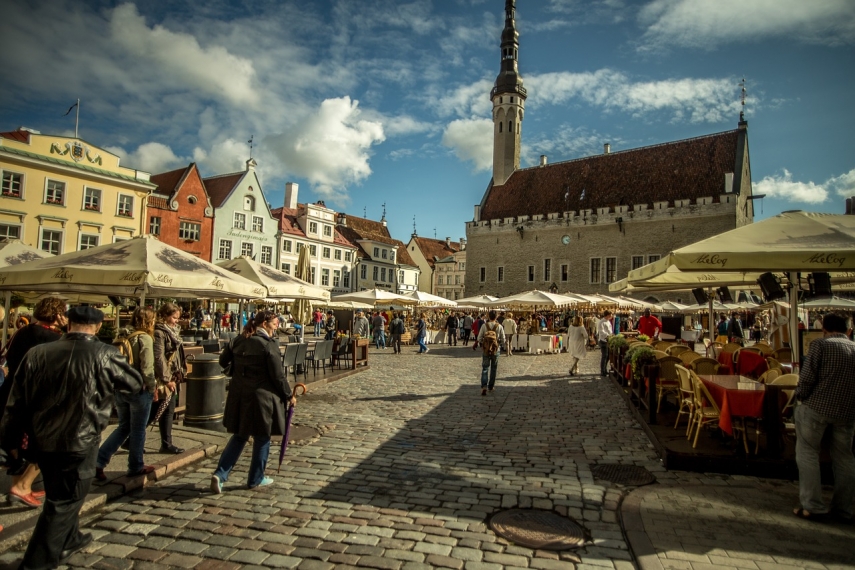 TALLINN - The chairman of the council of Tallinn Mihhail Kolvart and Mayor of Parnu Romek Kosenkranius, meeting in the southwestern Estonian resort city Parnu on Monday, called for a discussion on the purposefulness of a tourist tax as a measure to help municipalities overcome shortage of funds.

Both stated that too few possibilities have been made available to municipalities to see to the filling of their coffers themselves, spokespeople for the Parnu city government told BNS.

Even though the bigger municipalities are able to get a small addition to their budgets from parking fees and the advertising tax, they still depend primarily on the percentage of the personal income tax that the state is prepared to give to municipalities.

"Even the new political forces mean only raising the percentage of the income tax when they talk about increasing the autonomy of municipalities," Kosenkranius said.

Kolvart has raised in Tallinn the topic of tourist tax, which no municipality can impose at this point. Kosenkranius recalled that tourist tax was last talked about in Parnu in connection with the cost of the upkeep of the airport.

In these discussions, business operators found that a tourist tax would reduce the occupancy rates of hotels, it would not be paid by providers of accommodation in their homes, and the tax could be used only for a specified purpose. When the airport no longer needs support, the proceeds could be used for the promotion of tourism.

Kolvart said that the same arguments are voiced by businesspeople in Tallinn. "At the same time it's worth remembering that the locals participate in the creation of the environment through paying tax, which the tourists do not no," Kolvart said.

The chairman of the council of Tallinn said that home accommodation providers need to be taken under control all the same, already for the purpose of having them pay income tax, not the tourist tax alone.

"A tourist tax exists in two-thirds of the countries of Europe, including in Vilnius beginning this summer. You can't say that Vilnius is a bigger tourism mecca than Tallinn," Kolvart added.

Kolvart agreed that proceeds from the tourist tax could be used for a specified purpose. He said that of the amount collected 50 percent could be spent for renewal of the environment, 30 percent for advertising the city outside Estonia and 20 percent for bringing more international events to the city.

"Entrepreneurs would have additionally five or six events a year that they would be getting money from," Kolvart said.

Both municipality leaders found that tourist tax should be a possibility, not an obligation. Entrepreneurs should be notified about the tax well in advance and the tax should be introduced in stages to give businesspeople time to adapt.

Kolvart emphasized that the most important thing to do is start a discussion. The council of Tallinn intends to hold a vision conference at the Tallinn Creative Hub on Oct. 23 where foreign partners would share their experiences and locals would be able to debate for and against the tax.