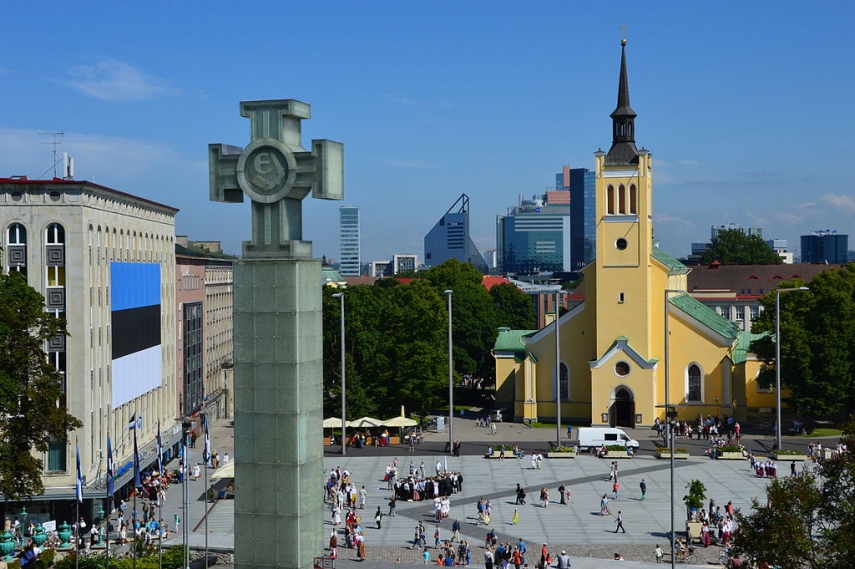 TALLINN - Pope Francis, who is to visit Estonia in September, is likely to hold his Tallinn mass on Freedom Square.

According to BNS, the visit's organizing team has looked at several venues used for public events, but the choice has lingered namely on the capital's central square.

As part of his Baltic tour, the pope is to visit Vilnius and Kaunas in Lithuania on Sept. 22-23 and Riga and Aglona in Latvia on Sept. 24. On Sept. 25 he will arrive in Tallinn on a one-day visit, the Estonian Ministry of Foreign Affairs said.

From Tallinn, the pope is to head back to Vatican.

The pope's visit is scheduled to take place in the same year that Estonia, Latvia and Lithuania celebrate their centennials.

Pope John Paul II visited Estonia on Sept. 10, 1993, who during his 10-hour visit held two masses in Tallinn -- one at the St. Peter and St. Paul's Cathedral and the other on the Town Hall Square. In addition, the Pope attended an ecumenical prayer in the St. Nicholas' Church and met with the then Prime Minister Mart Laar and President Lennart Meri.