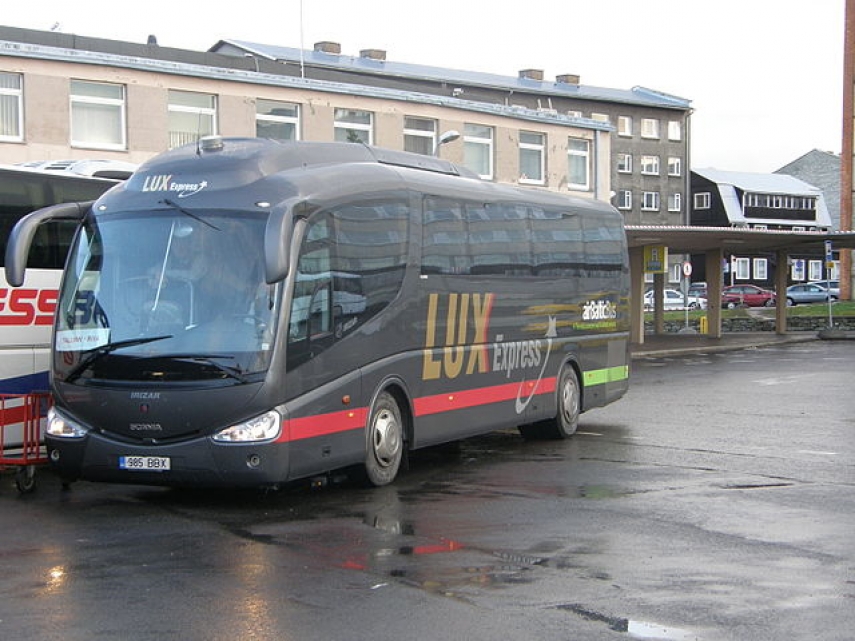 Speaking of Estonian routes, the biggest increase, by 36 percent, was registered on the Tallinn-Kuressaare route where a new departure was added. On the most busy route connecting the capital Tallinn with the country's second largest city Tartu the number of passengers grew 12 percent. The service between Tallinn and Parnu was used by 17 percent more passengers than the year before, Lux Express said.

Buses of Lux Express operated 63,116 departures during the year, 8 percent more than in 2016. Of the departures 93 percent arrived at the destination on time.

The Tallinn-Riga service was used by 25 percent more passengers. Andrus Treier, board chairman of Lux Express, said that the Riga service was popular among holiday and business travelers alike and has emerged as a strong competitor to air travel.

"Considering the time spent at the airport, the travel time is the same as in air travel, but those choosing the bus for a round trip will gain a full workday's worth of additional time for work or rest. Our advantage lies in offering people time," Treier said.

On services connected with St. Petersburg, Russia the number of passengers grew 6 percent on year, with the biggest increase registered in the Helsinki-St. Petersburg route where passenger numbers surged 22 percent.

Lux Express said that the new service launched by them between the northeastern Estonian county city Johvi and St.Petersburg has been received well by customers. The Tallinn-St. Petersburg and Riga-St. Petersburg services carried a similar number of passengers as in 2016.

The number of departures that buses of Lux Express make per day has grown from 80 at the beginning of 2017 to 120 at present.

The fleet of Lux Express consists of 82 buses with an average age of 2.5 years. In 2017 the company acquired eight brand new buses for approximately 3 million euros. The company is planning to buy 15 new buses this year.

AS Lux Express Estonia operates buses under the Lux Express and Simple Express brands. The company is a subsidiary of Mootor Grupp belonging to Estonian businessman Hugo Osula.