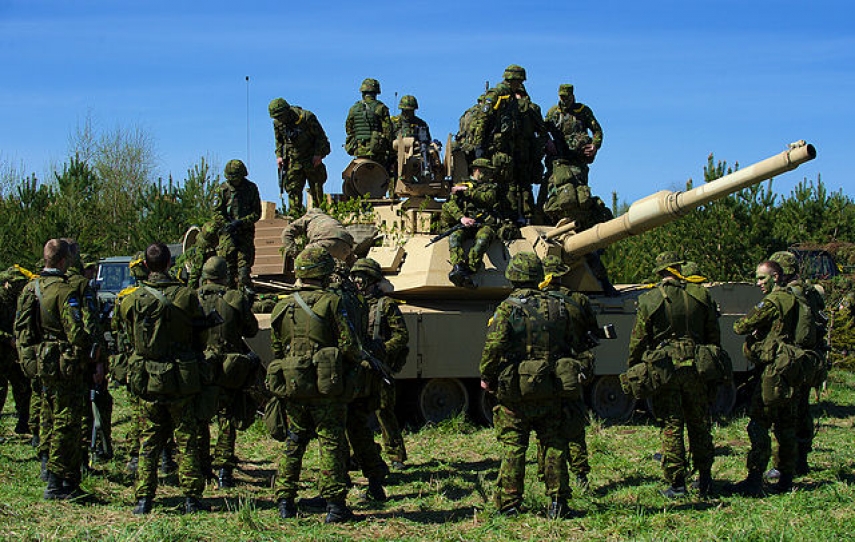 TALLINN - Soldiers who at the beginning of January started conscript service as part of the Kuperjanov Battalion of the Estonian defense forces are going through an updated version of basic training.

Soldiers who were admitted to conscript service as part of the winter call-up are going through the updated basic training for the first time, as three and a half weeks or exactly a half of the seven-week training cycle has been completed, spokespeople at the headquarters of the defense forces said.

The conscripts have passed weapons training, carried out their first shooting exercises, acquired basic knowledge of topography and gone through their first field camp. Tasks still awaiting the conscripts include medical training and further field camps, where knowledge acquired during theory lessons will be assessed in practice.

"We have defied the cold weather and thick snow and everything has gone according to plan at present -- the soldiers are lined up and successfully fulfilling the tasks set for them also in wintry conditions," organizer of the course MSgt. Hanori Perlov said, adding that the motivation of the fresh members of the Kuperjanov Battalion is high.

After passing recruit training, the 11-month service of the conscripts called into service with the winter call-up will continue either on the junior non-commissioned officer (NCO) course or a driver's course.