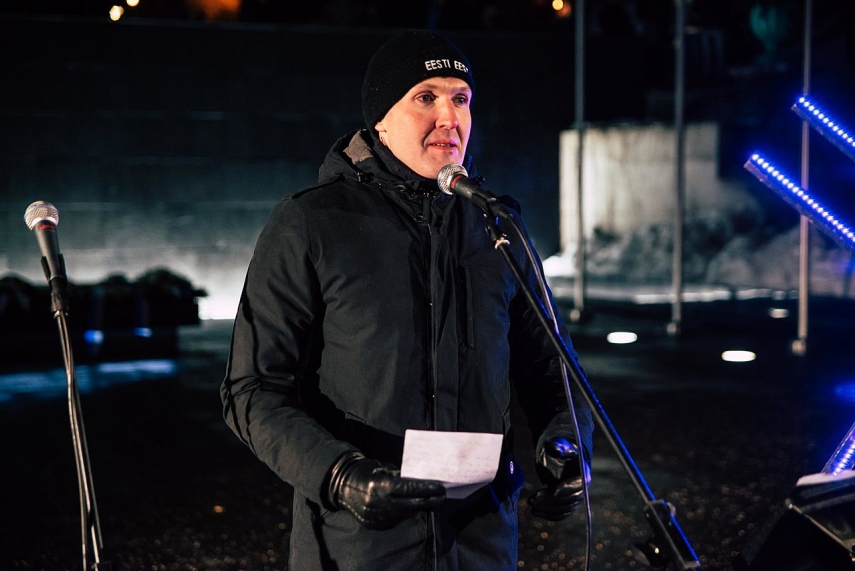 TALLINN – The leaders of the Estonian Conservative People's Party (EKRE), Mart and Martin Helme, have said that failure of the current coalition negotiations of which EKRE is a part would result in street unrest compared with which the previous rallies of EKRE supporters would look like a walk in the park and the current tension in society like a "child's mumble" and a "soda party."

Speaking on a radio show aired on Sunday, EKRE deputy chairman Martin Helme said EKRE voters are very sensible people who understand it that when becoming part of the government the party will not get everything that stands written in its election program.

"There's a whole lot of people who say, 'Do you want us to rally in your support?'" Martin Helme said on the "Raagime asjast" ("Let's Talk Frank") show, according to Postimees.

"We say, 'No, it's not necessary now, it will only make things hotter.' But if the deep state, the media industry complex and the Reform Party succeed in foiling these coalition negotiations, these small hung-wei-ping demonstrations will be a soda party compared with what our supporters will start staging on the streets -- if we are pushed aside by unfair means. The Marrakech meeting in front of the Riigikogu is a short stroll on a Sunday compared with that. Now just think a bit what you  are pushing Estonia towards," he said.

The chairman of EKRE, Mart Helme, said that the Reform Party should be able to understand in all its brashness that they are playing with fire.

"There are 300,000 people who are poor or living on the verge of poverty in Estonia, who hate the Reform Party. Most of them stand behind the three parties that are forming a coalition at present. If our cause is foiled and we throw the match into the powder keg, there will be an explosion. No deep state will prevent that, no European Commission will prevent that," he said.

"The tension in society that there is now is a child's mumble compared with the one that will arise when we are pushed aside," Martin Helme said.

"Can't these guys get it that all this mockery that has been going on for weeks has deeply insulted not only our one hundred thousand supporters, but several hundreds of thousand of people," Mart Helme said.

Martin Helme described the criticism expressed from different corners of the prospect that EKRE might become a government party as a campaign against democracy, against the democratic process of forming a government.

"What one is saying is that there are certain positions which are so unpleasant for us that we are rather prepared to direct the country into an internal conflict, put an end to parliamentary democracy than permit it that power is exercised by a democratically elected political party which we don't like," he added.

Mart Helme dismissed as impossible the prospect that the Isamaa party, which is said to hold the key to forming the government, could go to the Reform Party any moment and form a government coalition with it.

"The leaders of Isamaa understand very well that in a coalition with Socialists and the Reform Party they will be pariahs. They will be trampled upon all the time," he said.

Martin Helme seconded to him, "Nothing but a door mat."

The Reform Party won the general elections in Estonia on March 3, gaining 34 seats in the 101-seat Riigikogu. Center finished second with 26 seats and EKRE third with 19. The two smaller parties in the new five-party Riigikogu are Isamaa with 12 seats and SDE with 10 seats.