Estonia: Australia to open its first pop-up embassy in Tallinn 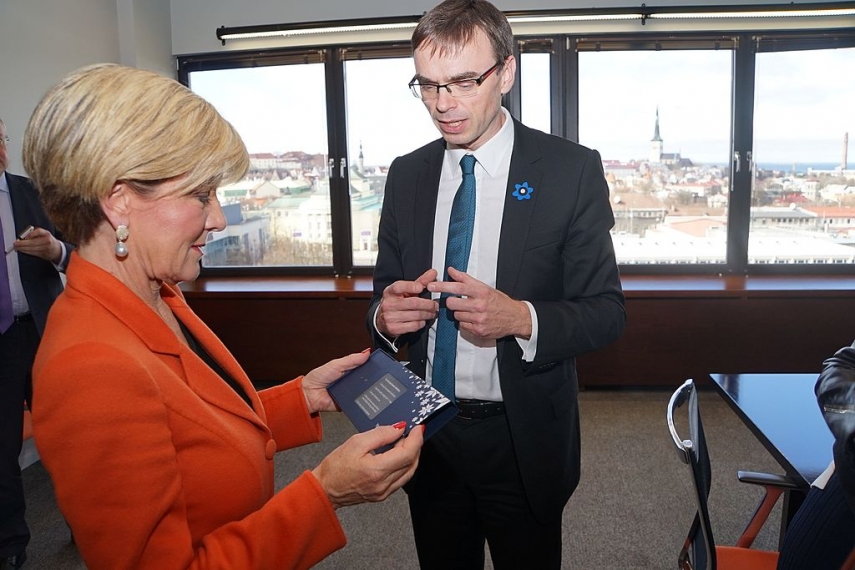 TALLINN - Australia is to open its first pop-up embassy in Tallinn, in which the ambassador will work for a limited amount of time during the year.

"We are glad that Australia has decided to open its first so-called pop-up embassy in Tallinn, which undoubtedly will increase Australia's visibility in Estonia and more widely in our region," Mikser said in a press release. "An ambassador starting work in the pop-up embassy will create new possibilities for the already constructive and close cooperation of our two countries," the Estonian minister said.

Mikser said that the experimental pop-up embassy may become a pilot project not only for Australia. "We hope that the positive example of Australia in the form of an innovative pop-up embassy can encourage other countries as well to promote a similar form of cooperation in Estonia," he said.

A pop-up embassy is a country's representation, in which an ambassador does not work on a daily basis, but is present for a short term on the basis of need. According to Australian media, the ambassador will work in Tallinn for two months per year, while for the rest of the time, Australia will have a "virtual presence" in Estonia.

The Estonian embassy in Canberra was opened in February 2015. Ambassador Andres Unga presented his credentials to former Governor-General Quentin Bryce on March 28, 2013. Unga is also accredited to New Zealand. He started work in Canberra on August 1, 2015. Estonia also has five honorary consuls in Australia.