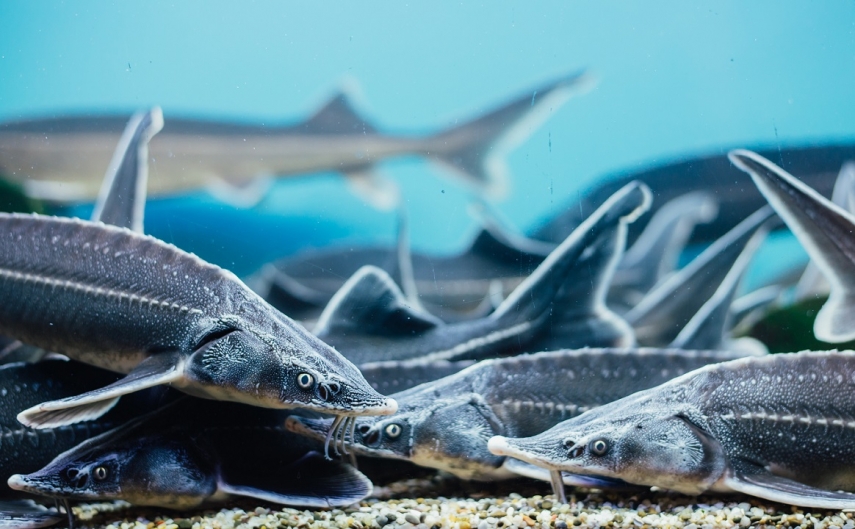 TALLINN - The six-year-old project in restocking Atlantic sturgeon in Narva River marked another milestone on Wednesday when 20,000 more sturgeon juveniles were released into the border river, regional newspaper Pohjarannik said.

The first Atlantic sturgeons -- 400 one-year-old juveniles brought here from Canada by plane -- were released into the river in October 2013. Of the next consignment, hatched in Germany, some were released into Narva River young while others were released in several portions later after growing bigger on the Haaslava fish farm.

Fish researcher Meelis Tambets told the newspaper that this time altogether 50,000 hatchlings were brought from Germany, 20,000 of which were released into the river at once. The remaining 30,000 were taken to the fish farms of Haaslava and Polula and will be released later.

Tambets said the 50,000 hatchlings were received from Germany as a gift, "thanks to a good professional relationship."

On the Haaslava fish farm there are still sturgeons left of the batch taken there last year. These sturgeons will be released into Narva River in the fall.

Bigger fish are easier to tag and they can be tracked telemetrically as well, the scientist said.

"By the fall the fish will be two summers old, a year older than the ones we released into the river now," Tambets said.

Before Wednesday, the last time that sturgeons were released into Narva River was in November 2018, when President Kersti Kaljulaid, who was working out of Narva at the time, took part in the effort. The batch released on Wednesday was the first batch released this year, with the second one likely to be released after a few months, probably in October.

"Then younger and older fish from Haaslava will be let into the river, and fish from Polula as well. We will let a big portion of the juveniles that we took to the fish farms now into the river in the fall, but some will be left on the farms to grow further," Tambets added.