Drought in western Latvia forces farmers to dispose of cattle 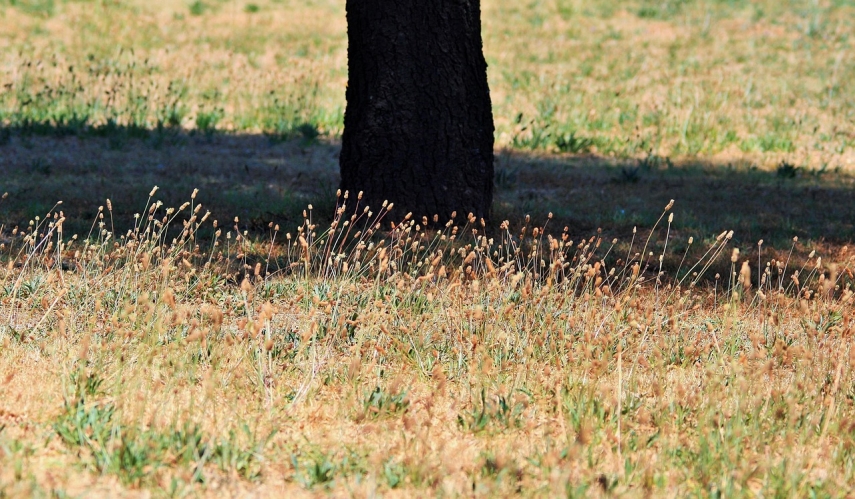 VENTSPILS - Farmers in Kuldiga region in western Latvia have started disposing of their cattle because lasting drought has resulted in shortage of fodder.

Inga Berzina, the chairwoman of the Kuldiga region's local council, said the municipality will ask the Cabinet of Ministers to declare the state of emergency in agriculture and to grant financial aid to farmers to at least partly compensate them for drought damage.

The municipality has already received 49 requests from local formers for help due to lasting drought that has caused problems for agriculturalists - grain and fruit farmers and, especially, cattle farmers, who have started disposing of the animals because there is not enough fodder, and more requests keep coming in. Last time it rained in Kuldiga was on May 3.

Drought has hit cattle farmers particularly hard. It has scorched the pastures and farmers are feeding the animals last year's hay but worry about availability of fodder next winter.

Maris Lankovskis, the owner of Rozbeki farm, said they will sell about 40 beef cattle in order to be able to feed dairy cattle. The farm has about 150 heads of cattle and 300 hectares of land, "We are growing wheat, barley, oat and buckwheat. Usually we feed them to our cattle and, in other years, even sell some, but this year's harvest is much lower and will not be enough even for our own cattle," he said.

Lejasdarzi fruit farm grows cherries, pears and apples. The farm's owner, Marcis Freimanis expects more than a double reduction in cherry harvest and said it was obvious that pears and apples to be harvested in fall have also suffered from drought.

Poor harvests hold also other perils for farmers. Where harvest is below a certain level, the farms would lose the right to zero excise tax on fuel and possibly, area payments and the EU financing for their projects.

As reported, the local authority of the northwestern Latvian region of Ventspils has asked the Latvian government to declare a state of emergency in agriculture because of a prolonged drought, and similar requests will be made also by Saldus, Alsunga and Broceni regions in western Latvia.