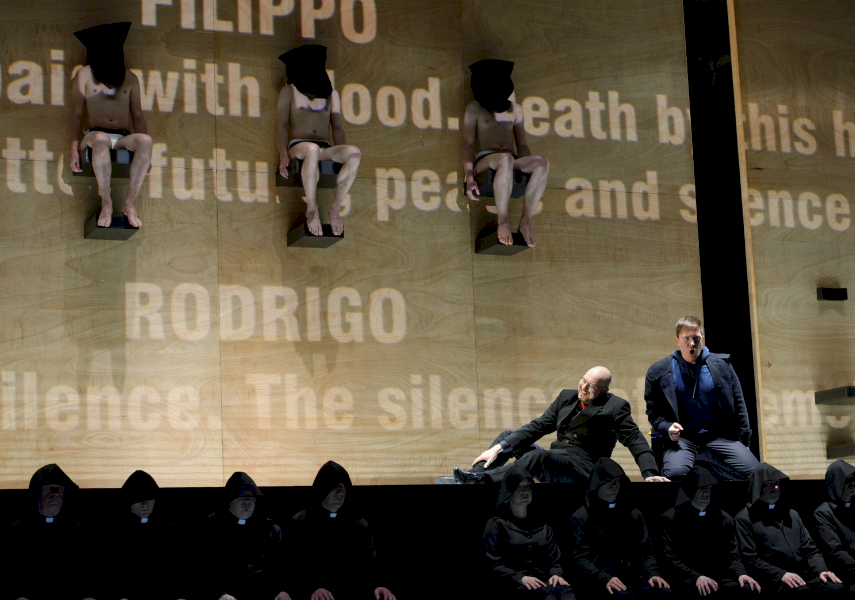 An opera of constant conflict between love and duty

“Don Carlo” is Verdi’s longest opera; an epic historical masterpiece. It is a production that is claimed to be the ultimate opera lovers’ opera; heavy, serious, tragic, and confusing, yet beautifully composed with wonderful settings and a strong storyline. It is also Verdi’s most complex and orchestrally sensational production.
Lithuanian National Opera drags this gleaming yet somewhat weighty opera into the modern world which instantly makes it more accessible to audiences. Having only seen traditional versions, it is a relief to find a contemporary production in what has always been a marathon of an evening with four and a half hours of heavy, majestic score. Past versions may have been epic, but this streamlined new production really hits the mark.

German director Gunter Kramer and set designer Herbert Schafer are responsible for this striking modernisation of “Don Carlo,” shaving the opera down to make it less meandering and faster paced. Schafer’s set designs are like explosions in a modern art gallery; bold, unafraid, and dramatic.
Conductor and musical director Pierre Vallet set out to increase the tension and pace of the opera by making cuts in Verdi’s majestic score whilst retaining the essence of the opera. Martynas Staskus conducts this neatly carved-down score which still remains faithful to the beating heart of Verdi.

Essentially “Don Carlo” contains a constant conflict between love and duty, the heart versus the rational and the personal versus political. The music shifts between tender tragic love duets and epic choral set pieces with its characters who are all bound together by blood or love.
It is always risky to stray from the traditional, but the Lithuanian National Opera achieve a wonderful blend of Verdi’s dark and complicated orchestral score with strikingly modern twists. Without experimentation in art, there is no progress.