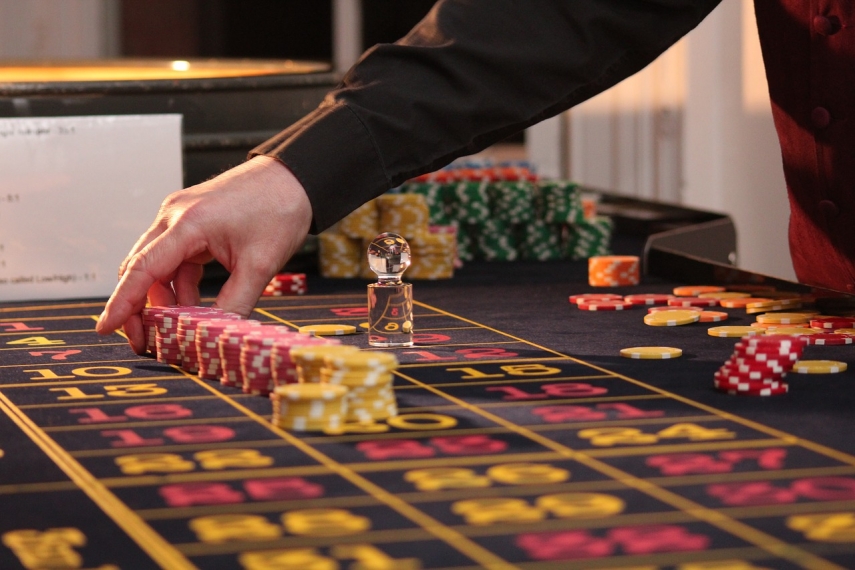 When the global economy faltered in the 1920s and 30s, and many countries were plunged into depression, tourism took a massive hit. In 1931, Nevada legalised gambling just as the Hoover Dam’s construction began, offering an outlet for the crews working nearby and somewhere to spend their hard-earned wages.

Their shrewd planning paid off, and soon Las Vegas began attracting visitors from miles around, particularly areas where more conservative legislation forbade a variety of entertainment options. While Prohibition was still in effect, there were plenty of people who wanted to indulge themselves with a little fun, but had to travel to find a place where that was allowed.

Las Vegas soon became known throughout the US as the destination for thrill-seekers that wanted to enjoy a break and be in with the chance of winning big, and this made the casino business a lucrative one. Once the city’s reputation had been established, it consistently attracted visitors that supported the local economy, providing jobs for the staff of the casinos that were rapidly increasing in numbers.

How casinos support the tourism industry

Since Las Vegas put itself on the map as the global centre for casino gaming, many other places have followed suit, often by putting their own special twist on traditional casinos to encourage visitors to join in the fun. Some specifically target high-value players by offering exclusive experiences to the players with the biggest bankroll. This helps secure their custom and give the casino a reputation for hosting celebrities and other high profile players.

Casinos are specifically designed with players in mind and a significant amount of money is invested in creating an appealing atmosphere that is both welcoming and exciting, and appeals to those that appreciate a variety of games. Several places have boosted their tourism and entertainment industries by investing in casinos and the peripheral industries that can also benefit from an influx of visitors.

The rise of the casino industry in the Baltic region

Gambling in the Baltic region has been completely transformed over the last two decades, with significant changes to gambling laws that kickstarted a huge change in the way these countries operated. Although they have only legalised gambling relatively recently, the new legislation came alongside strong security systems and stringent regulation.

Since the disbanding of the Soviet Union, Estonia, Latvia and Lithuania have experienced huge economic upturn that has allowed them to compete in the global marketplace in a variety of different industries. One of their success stories has been casinos, with a lot of investment in land-based establishments as well as a thriving online casino site sector.

Like Las Vegas before them, these countries have leveraged their potential as popular destinations for tourists by offering a casino scene that attracts thousands of additional visitors every year. The capital cities of the respective countries are the hubs from which the casino scenes operate, with most of the casinos located in Riga, Tallinn, and Vilnius.

Although the popularity of the casino scene has been beneficial to the tourism industries in these countries, the rise in online gaming has posed a potential threat to the thriving land-based casino sector. The flexibility and convenience of playing online appeals to those that enjoy traditional casino games, and the countries that have legalised gambling more recently have included online casinos in their legislation.

The online casinos operating from these countries are subject to stringent licensing conditions that give players the same sense of security that you get in a land-based casino, knowing that there is a regulator overseeing all casino operations. While the popularity of online casinos could pose a threat to the tourism industry, the two can also work hand-in-hand.

With most of the casinos based around the capital cities, these are some of the most popular spots for visitors to Estonia, Lithuania and Latvia anyway. Each has plenty to offer visitors:

Estonia
From cultural experiences to 2,400 miles of beautiful coastline, Estonia is also known for embracing technology with a passion. Home to one of the world’s fastest broadband networks and almost universal free Wi-Fi, casino fans visiting Estonia can play online and offline with ease.

Lithuania
Home to the Olympic casino, Vilnius is famous for its nightlife and wide variety of cultural events, from a hot air ballooning festival to an independent republic populated by artists. More than 150 miles of scenic coastline, bustling cities and secluded spots in the countryside all make Lithuania a great place to visit for casino-goers and those who enjoy gambling online.

Latvia
There are more than a hundred casinos in Latvia, and more than half of them are in the capital, Riga, including the Radisson Blu Hotel, which is home to the Olympic Voodoo Casino. With world-class ballet and opera companies as well as a thriving market and stunning architecture, the casino scene is just one of the things that bring tourists to the area.

With so much to offer, the Baltic regions appeal to tourists for a variety of reasons, with casinos contributing to the appeal of some of the most popular destinations in the countries that make up the region. With a diverse array of activities and entertainment options, land-based and online casinos both offer visitors the chance to play their favourite games securely in whatever form they prefer.