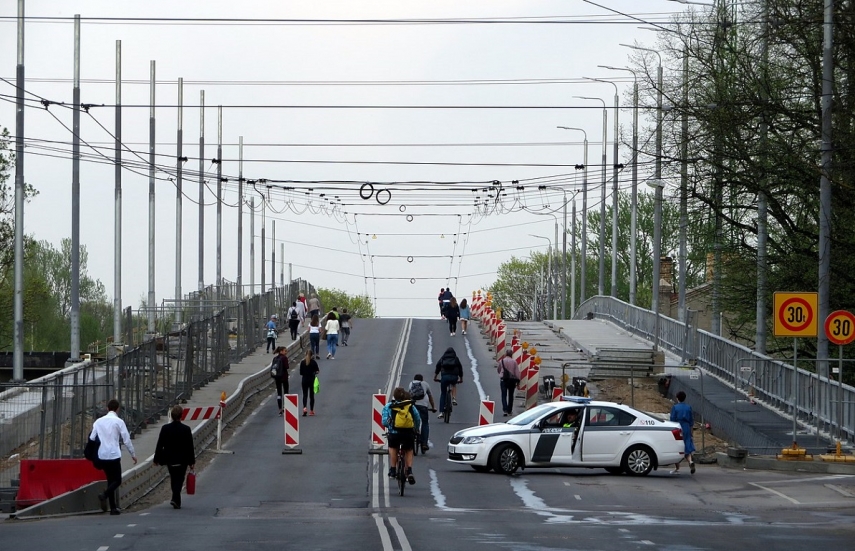 RIGA - The overpass over Augusta Deglava Street in Riga (Deglava Bridge) will reopen to public transport as of tomorrow, Una Ahuna-Ozola, a representative of the Riga City Council’s Transport Department, informed LETA.

The overpass will only be open to public and emergency services transport, with the speed limit set at 20 kilometers per hour.

The city council’s representative said that today the issue was discussed at a meeting of representatives from the city council, the State Police and the Construction State Control Bureau (BVKB). The last arrangements are still being made for reopening the overpass to public transport vehicles.

Simona Gravite, a spokeswoman for the State Police, told LETA that the police had yet to decide on reopening the overpass to traffic. The State Police will take the decision after all the documents are agreed by the institutions in charge, she said.

Participants of the meeting reached the agreement after the Construction State Control Bureau read the latest technical assessment report drawn up by Inzenierbuve civil engineering company. Since the overpass remains closed to the traffic of private transport vehicles, the traffic jams at the Zemitana and Gaisa overpasses, which were caused by the closure of the Deglava overpass, are unlikely to become smaller.

Inzenierbuve has concluded that, in order to reopen Deglava Bridge, traffic across the bridge has to be reduced to two lanes and vehicles that weigh more than 30 tons must not be allowed to travel over the bridge.

As reported, the overpass over Augusta Deglava Street in Riga was closed to traffic, which triggered major traffic jams in this part of the city.