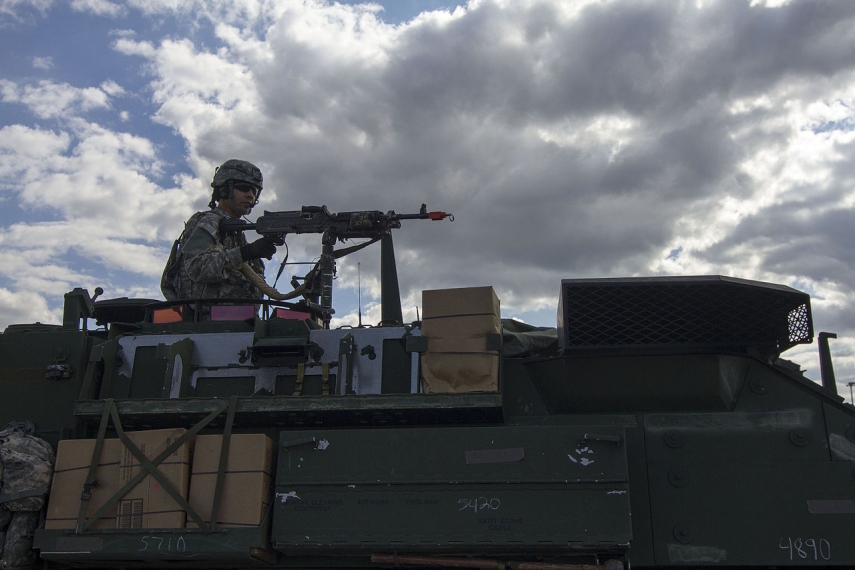 RIGA - The Defense Ministry has approached 12 countries as potential suppliers of armored vehicles to the Latvian military as part of a major procurement, LETA was told at the ministry.

The Defense Ministry has conducted research to determine which partner countries would be ready to supply the vehicle platforms for the National Armed Forces’ operational needs. In all, 12 countries have been offered to submit their bids in the tender, the ministry’s representatives said.

The ministry expects the countries’ governments to send in their replies by September 1.

The Defense Ministry noted that ensuring the National Armed Forces’ mobility is still critical for boosting the armed forces’ fighting capacity and that the purchase of the armored vehicles will be made under an intergovernmental agreement.

As reported, in January 2019, the Procurement Monitoring Bureau (IUB) banned the Defense Ministry from from signing an agreement on purchase of armored vehicles worth EUR 200 million with Finnish company Oy Sisu Auto Ab after two losing bidders - South Africa’s Paramount International Marketing and US company AM General LLC - appealed the result of the tender.

According to the procurement watchdog, the Defense Ministry had committed number of violations in the procurement procedure, failing to fully reflect its needs in documentation and amending tender requirements.