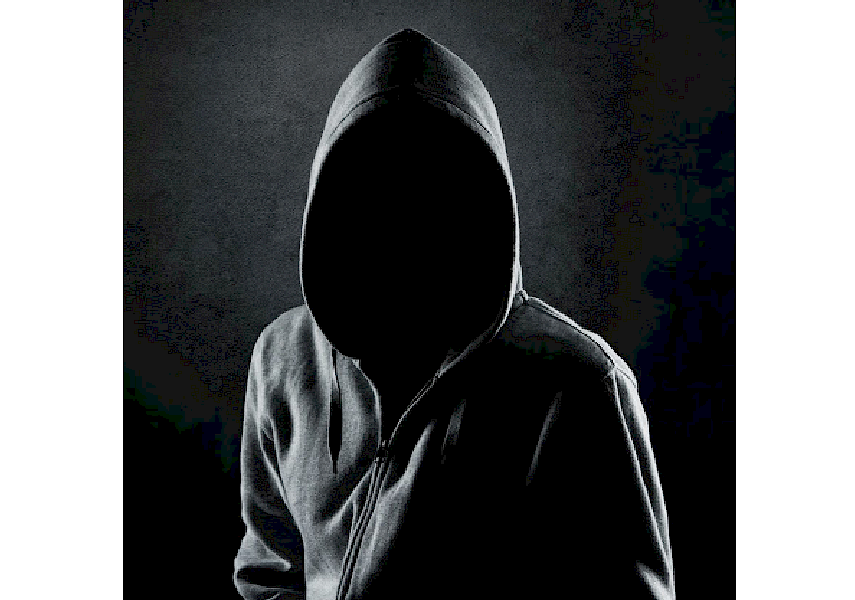 Two homeless men got into a fight in the middle of the night on Eighth Avenue S.W. in downtown Calgary. The police arrived and both men were taken to District 2 Police Station. One of them was known to police and the other person mumbled frantically in a foreign language which no one could understand. He had no identification or any other papers on him. He was frail and looked like a scarecrow with the clothes clinging on to his bony frame. He also had a fresh scar on the right side of his head.

The officer on duty attempted to get some procedural information.
“What is your name?”
“Nimi? Jaakob Tamm!” The man replied. (Name? Jaakob Tamm!)
“Where do you live? What is your address?”, “Ma olen Eesti!” (I am Estonian.)
“Do you know anyone who can come to the station and translate what you are saying?”

Jaakob had no idea what the officer was saying so he stared back with a blank look in his eyes. The officer did his due diligence and tried to get through to the arrested man, several times. The only response he elicited was some muttering in a strange dialect. When all attempts failed the paper work was completed and the man was locked up. The officer noted that the arrested man “exhibited signs of mental illness.”

There were two other men already locked up in the holding cell. The Slovenians had been caught while attempting to break into a store. They were on their way to the Calgary Correctional Centre. Just like Jaakob they did not have any papers and had a similar language barrier. The judge had sentenced them based on eye witness testimony and police work. The duo had somehow managed to slip out of the court right after their sentencing. They had been subsequently recognised and apprehended on the corner of 6 Ave. SW, close to the court house. They were waiting to be transported.

Jaakob was unable to sleep. When he saw one of his cell mates waking up he attempted to strike a conversation with him. The other man possibly understood a few words but responded in his native Slovenian. The language barrier ensured that neither one of them could comprehend what the other was saying. While the babbling was taking place, officers from the correctional centre arrived to take custody of the two Slovenian men. The officers assumed that the two who were locked up in conversation were their responsibility. The third cellmate was still asleep.
The Slovenian protested and tried to tell the officers about the blunder they were making. He kept on screaming and pointing to his mate who was apparently enjoying his deep sleep.

“Idioti, jemljete napacnega cloveka!” (Idiots, you have the wrong guy!) The Slovenian pleaded his case. The officers didn’t have a clue about what the foreigner was saying. The Slovenian realised that his resistance may get him into bigger trouble. There was nothing he could do to prevent the inevitable. He looked at Jaakob, shook his head in disbelief and shrugged his shoulders. The officers had ignored the shenanigans of the Slovenian. Both prisoners were locked up and the paddy wagon headed towards the correctional centre.

Jaakob had been sentenced to 90 days in the correctional facility inadvertently. He was incarcerated for a crime he had not committed. According to the judgment meant for the Slovenian the deportation was to take place in 90 days. The Estonian had innocently assumed the identity of the Slovenian criminal.
Jaakob had been a hapless homeless street person. Now he had shelter, food, and clothes. Life had become easier in a way so he began settling down into his new habitat. The language barrier had made it difficult for him to communicate with other inmates as most of them spoke in English. He attempted to befriend some by blocking their way and holding out his hand.

“Minu Nimi on Jaakob Tamm. Mu kodu on Eesti. Kuidas laheb?” (My name is Jaakob Tamm. I am from Estonia. How are you?)
He was pushed away aggressively, every time. Jaakob’s behavior was odd and his language strange for the other inmates. It is impossible to communicate with someone mumbling in a strange incoherent language. The word quickly spread around that the foreigner who had just arrived was “crazy.”
Jaakob was sentenced by his fellow inmates to survive in his own lonely world. Incarceration, isolation, and inability to communicate with others eventually resulted in despondency, frustration, and irritation. Jaakob’s temper developed a shortfuse. He began growling at other inmates and screamed incoherently in Estonian. His own erratic behavior reinforced the doubts about his mental health.

One morning Jaakob got up and arrived in the common toilet area to do his business. The facility had a row of johns without any stalls or doors for privacy. The place was busy and there was only one vacant toilet. When he looked down at the seat before sitting down he saw large brown stains. The inmate who had used it before him must have had diarrhea. Jaakob tried to clean the seat as much as he could. He was experiencing a pressing and dire rush. However the seat was still dirty. Instead of sitting on it, he placed his feet on the seat to avoid the stains making a direct contact with his body.

Jaakob began doing his business. The other inmates saw him squatting on top of toilet. What he was doing was clearly visible because he was sitting on top of the john. They onlookers around him took offense to the repulsive scene. They began screaming and cursing. More spectators arrived and the group of hostile inmates began pelting him with balls made out of toilet paper. Jaakob become extremely scared and froze in his precarious squatting position on the toilet seat. He stared down at the floor in fear and continued defecating while being surrounded by the hostile crowd.

The report of the disturbance and the incident went to the top immediately. A psychiatrist was assigned to assess Jaakob’s mental health. No one sits with their feet on the seat while using the toilet. There was something terribly wrong with the noisy and angry person who mumbled gibberish all day. His mind was clearly deteriorating rapidly.
The centre’s psychiatrist, Dr. Chris McMann, also attempted to communicate in English with the Estonian.
“What is your name?” “Jaakob Tamm.”

The psychiatrist scribbled on top of the file folder, “Jack Tom.” Many questions were asked. All of the inmate’s answers sounded like eagerly spoken drivel. The slobbering and excited demeanor did not help either.
“Do you hear any voices in your head, Mr. Tom?”
“Raagin eesti.” (I speak Estonian) “How are you feeling today?”
“Olen hirmul.” (I am scared)
“What language do you speak?”
“Nad viskasid mind, kui ma olin magamiseks.” (They kicked me while I was sleeping.)
“Do you know anyone in Calgary?”
“Palun aidake mind.” (Please help me).

The conversation had gone into two different directions. Neither one could understand what the other one was saying. Jaakob watched the smug and patronising doctor speaking to him in a language he could not understand. However, he knew that the person sitting across was some type of health professional. Eventually the frustration and disappointment lit the fuse and the temper bubbled up. He got up in exasperation, picked up the file folder from the desk and threw it on the floor.

“Sa oled arst?” What the angry and frustrated Estonian queried was, “Are you a doctor?” in his native tongue. What it sounded to the Anglophone ears was “Solid arse.”
Jaakob was immediately subdued for the “violent outburst” and locked up. He was immediately prescribed an array of drugs to control “volatile anger and schizophrenia.” The medication began suppressing the remnants of his normal self. Jaakob became withdrawn and started keeping to himself. Lying on his bed he mumbled incessantly in Estonian. He slept a lot and began asking for extra rations. Fortunately the tremors caused by the medication prevented him from squatting on the toilet seat ever again.

Prior to his release to Canada Border Service Agency, Dr. McMann met with Jaakob to do a final assessment. The interaction with Jaakob was another unsolvable puzzle. How could proper comprehension take place without a proper Q&A between a patient and doctor? Once again the diagnosis relied heavily on speculative skills. Just like the initial diagnosis, it did not have basis in legitimate communication, apprehension, and analysis. Dr. McMann was a competent and good doctor. He was also a kind human being. The somewhat bizarre circumstances and an unintelligible patient made his decision tougher.

“How are you feeling, Mr. Tom?”
“Lahevad porgusse. Sa oledhull loll. Sa isegi andke oma eksami. Koik, mida saab teha. On kirjutada vale ravi. Loodan. Et sa poletada porgus.” (“Go to hell. You are a crazy fool. Did you even pass your exam? All you can do is prescribe wrong medication. Hope you burn in hell.”)
The puzzled doctor had heard enough of the incoherent mumbling. He looked at the angry and agitated man sitting in front of him and made the final diagnosis. “Jack Tom” required further care and observation. Instead of deportation, Jaakob was escorted to Calgary Hospital. He was admitted to the inpatient unit for mental health and addiction patients. The doctor wanted Jaakob to be confined there indefinitely, until he showed signs of significant improvement.

Jaakob Tamm was from Polva County, Varska, Estonia. He had a beautiful wife and two children. The loving husband and father wanted to take better care of his family. A friend had guided him to an agency in Tallinn, capital of Estonia. They had found a lucrative painter’s job for him overseas.
He had arrived in Calgary, Canada, seven months ago. The representative from S & H home renovations had picked him up from the airport. He was provided shared accommodation and transported back and forth to work by the employer. No words were ever exchanged between anyone. A painter’s job does not require any linguistic or communicative skills.
On that ominous night Jaakob was having trouble sleeping. He shared the apartment with five other snoring foreign workers. The all-night convenience store was close by and he decided to grab a bottle of pop. Two men had suddenly appeared in front of him out of the dark shadows. One of them had hit him on the head with an iron rod. When Jaakob regained consciousness he had lost both his wallet and a part of his memory. He became disoriented and had wandered around downtown Calgary streets for days.

Upon regaining the power of speech he stopped the first person on the street. The other homeless man became agitated at being confronted by a babbling stranger. On that lonely night, Jaakob Tamm just wanted to talk to someone, in a strange lonely and unfamiliar world.
He just wanted to go back home, to the love and warmth in Estonia...