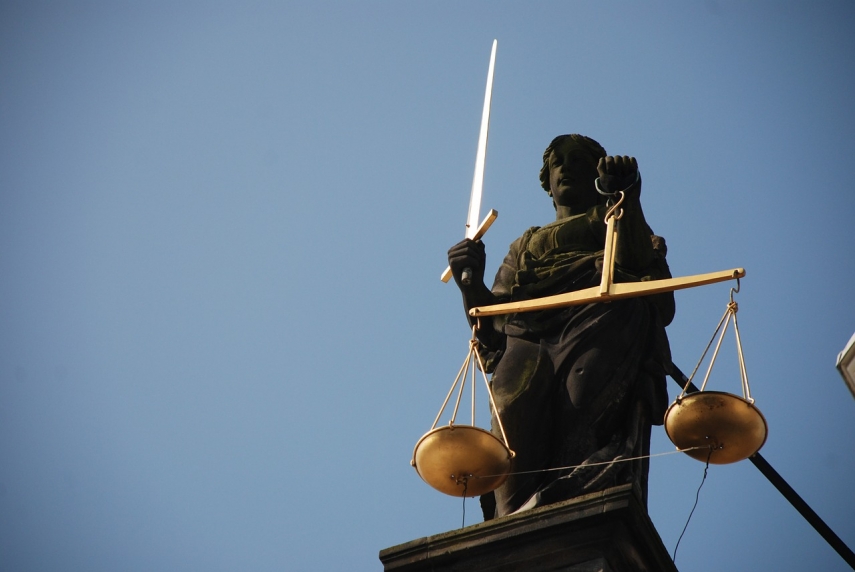 TALLINN - The Harju County Court concluded hearing the final word of the accused in the so-called Kemerovo criminal group case this week and will declare its ruling on May 28.

The prosecutor is requesting that a long jail sentence and expulsion from Estonia after the serving of that sentence be handed to Vjacheslav Gulevich aka Slava Kemerovski, who is accused of heading the group.

Public Prosecutor Vahur Verte said that the guilt of Gulevich, a 59-year-old citizen of Russia, in forming a criminal organization and heading it has been proven and he must be handed a jail sentence of 12 years. The prosecutor also found that the man must be expelled from Estonia after serving the sentence and a 10-year entry ban must be imposed on him. The prosecutor also sought the confiscation of 141,000 euros in criminal income from Gulevich.

However, Vladimir Sadekov, the lawyer defending Gulevich, said that the guilt of the person being defended by him has not been proven in any way and he must be acquitted in the extent of all charges against him. The lawyer also said there is no information on Gulevich posing a threat to the Republic of Estonia, which is why the prosecutor's request to expel him from Estonia is not justified.

The prosecutor said that Aleksandr Kozlov must also be found guilty of heading the mob group and have a 12-year sentence handed to him, added to which will be four years handed to him with a previous court ruling that he has not served yet. Thus, his final sentence would be imprisonment for 16 years. The prosecutor also sought the confiscation of 50,000 euros in criminal income from Kozlov.

According to the prosecutor, seven other men should be found guilty of being members of the criminal group and have jail sentences between six and 14 years handed to them. The prosecutor also wants 46,000 euros and 36,000 euros in criminal income to be confiscated from two of the men.

The lawyers of all the accused found that the guilt of the people defended by them has not been proven and they must be acquitted in the extent of all charges against them.

Altogether six men have previously been handed jail sentences between four and eight years in compromise procedure in the same criminal case.

According to the charges, the Kemerovo group was involved in drug-related crimes and extortion and offered its protection to businessmen with criminal backgrounds.

In the investigation which started at the beginning of 2016, prosecutors worked together with the police of Spain, and the first public procedural acts were carried out in the summer of 2017 when four suspects were arrested in Estonia and in Spain in a joint police operation.

Gulevich, who is suspected of heading the criminal organization, was captured by Spanish police at the beginning of August 2017 in Mijas in Malaga province and taken to Estonia already a month later, where he was taken into custody.

"Organized crime is characterized by a very high level of conspiracy -- leaders of a group do not commit crimes themselves and members of the organization do their utmost for their actions and communication among them to take place as clandestinely as possible. This means that also the gathering of evidence happens piece by piece over a long period of time," Verte has previously said.

Ago Leis, head of service at the unit for combating organized crime of the Central Criminal Police, has said that by indicting members of the Kemerevo criminal group that has been active in Estonia for decades the law enforcement authorities are giving a strong signal to organized crime.

The criminal case was investigated by the Central Criminal Police and the investigation was led by the Office of the Prosecutor General.