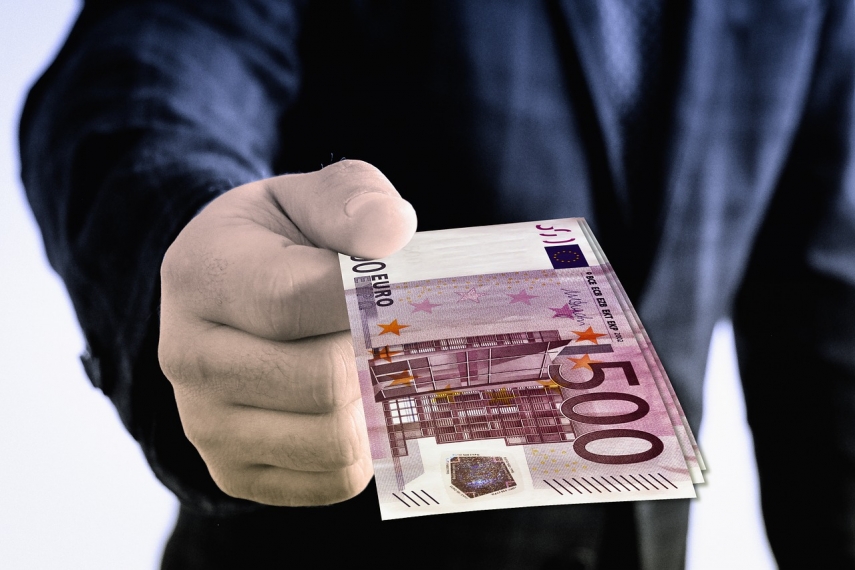 VILNIUS - The scale of corruption has barely changed in Lithuania in recent years, and Lithuania ranked 22nd among 55 countries in terms of corruption, according to the latest EY Global Fraud Survey.

Almost every second resident in Lithuania (44 percent) believes corruption is widespread. The rate has remained barely unchanged for more than five years. It stood at 47 percent in 2013 and 45 percent in 2015.

„We are in the middle among other countries included into the survey but we shouldn't be happy about that. Lithuania is included into the survey for a third time, and we see no change in the situation since 2013. Despite more active declarations of fighting corruption, we don’t see any positive change", Liudas Jurkonis, leader of fraud investigation & dispute services for Baltic region at EY Lithuania, said.

Fraud and corruption are a threat people in Lithuania are least concerned (24 percent). People are most concerned about changes to the regulation environment (68 percent), macroeconomic environment (44 percent), cyber attacks (40 percent) and geopolitical risks (32 percent).

Only 4 percent of respondents in Lithuania said they had experienced fraud at their organizations, which is almost three times less, compared to the average.

"The fact that respondents in Lithuania don’t know about corruption or fraud cases does not mean there are none. It only shows that we don't pay enough attention and dedicate resource to investigate possible fraud incidents", Jurkonis said.

The survey also showed under 35-olds, are more likely to justify fraud to preserve business or to reach certain goals. One of five respondents in that age group said so in Lithuania.

The survey of 2,550 executives across 55 countries was carried out by Ipsos MORI for EY from October, 2017 until January, 2018. Lithuania was included into the survey for a third time.