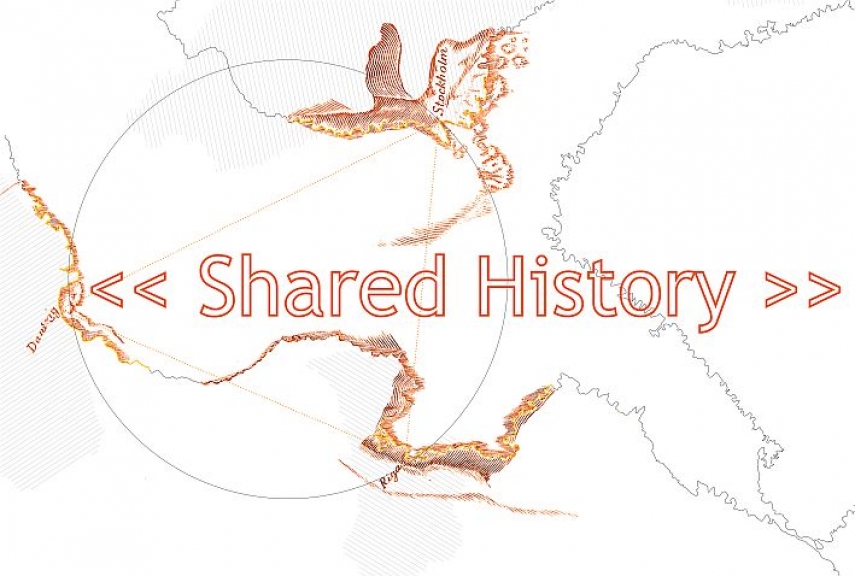 Inhabiting spaces of the permanent display of the Art Museum RIGA BOURSE (AMRB), the exhibition will turn towards investigating the museum’s collection and its stories, unveiling the aspects that allow to look anew at the relationship between the local and the international, cultural relations and diplomacy, as well as collecting and the link between artworks and broader political and historical processes.

The history of the AMRB collection goes back to before the state of Latvia was founded so it associates with the very first public art collections in Riga, and the collection itself was built on the private collections which originally were bequeathed to the city by the Baltic German city councillors and merchants in the 19th century. Thus the museum can be seen as a striking symbol which embodies the history of the visual arts development in Latvia and marks the multicultural context of the country, but also different hierarchies and power-relationships that have surrounded it historically. Its main holdings represent the Ancient Egyptian, the antique, the Western European and Russian, as well as the Oriental art with particularly extensive collections of the Chinese, Indian and Japanese art. The Art Museum RIGA BOURSE is part of the Latvian National Museum of Art (LNMA) and inheritor of the collections of the former Museum of Foreign Art.

The exhibition will encompass new commissions by Latvian and international artists alongside archival material that deal with international culture relations of the museum, especially the India Festival of 1987. A special interest within this project is held in the work of the Latvian-born American journalist, anthropologist, art historian and specialist of Indonesia Claire Holt (1901–1970). Showing for the first time in Latvia her research widens the thread of current holdings of the museum including the collection of ethnographic objects from Indonesia, as well as a painting by southeast Asian modern painter Raden Saleh (1807–1880) Lion Hunt alongside his portrait.

The title of the exhibition refers to the notion of ‘shared history’ used in many different contexts to describe historical events beyond national borders – as shared, common to several territories simultaneously, often referring to sides involved in conflicts, describing histories of colonialism or trying to find new ways to speak about consequences of contemporary migration. The permanent display of the Art Museum RIGA BOURSE in the context of this exhibition will serve as a starting point for new narratives of shared history.

Shared History is a cross-disciplinary project and part of an EU collaboration project with the same title. With a Baltic scope, the project’s creative research process will approach issues such as policy making, judicial and geographical borders, statistics, identity, public opinion and post-truth information related to migration and integration in Sweden, Poland and Latvia.