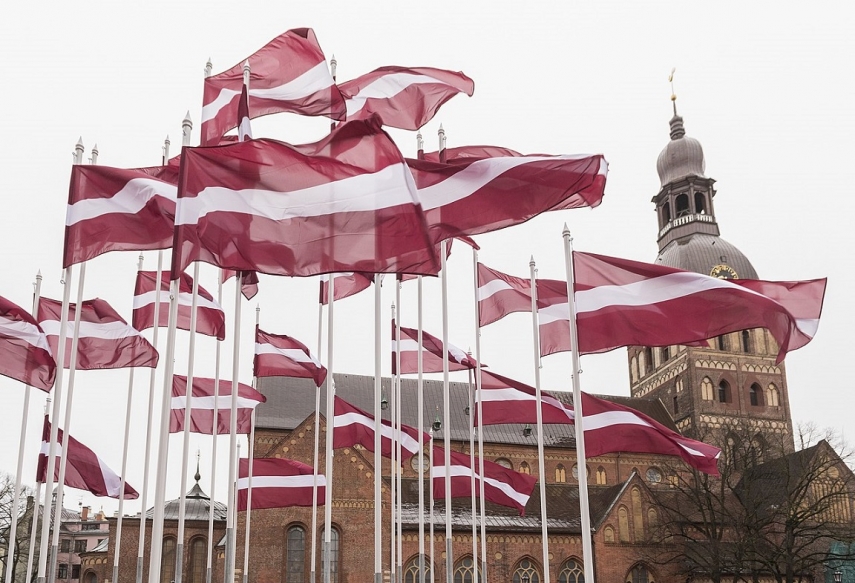 RIGA - Commemorative events and concerts today will mark Lacplesis Day and the 100th anniversary since the Latvian army' victory over Bermondt-Avalov's forces, LETA learned from the Defense Ministry.

The commemorative day will start with an ecumenical church service at the Dome Church at 9 a.m., followed by a flower laying ceremony at the Freedom Monument.

At noon, representatives of the defense sector and participants of the parade will lay wreaths at the Brethern Cemetery and remember the fallen soldiers by the Eternal Flame.

Event Spirit of Freedom Fighters Through Times will be held in the evening, starting with a torch procession from the Riga Brethern Cemetery to the Freedom Monument.

On the embankment of the River Daugava, there will be a concert of folk groups Vilki, Skandinieki and Vilkaci. Historical video projections will be features on the facade of the Riga Castle to inform about the 1919 events.

There will also be a military parade at the embankment at 7:30 p.m., and people's march across the Akmens Bridge with a concert by the Latvian National Library.

Different and events and concerts will also be held in other places in Riga and Latvia.

On November 11, Lacplesis Day, Latvians commemorate the freedom battles that were fought from 1918 to 1920.

The day was named after the Latvian epic hero Lacplesis who had the strength of a bear; he has become a symbol of heroism and devotion to the state.