Chemicals are a burden to the Baltic Sea 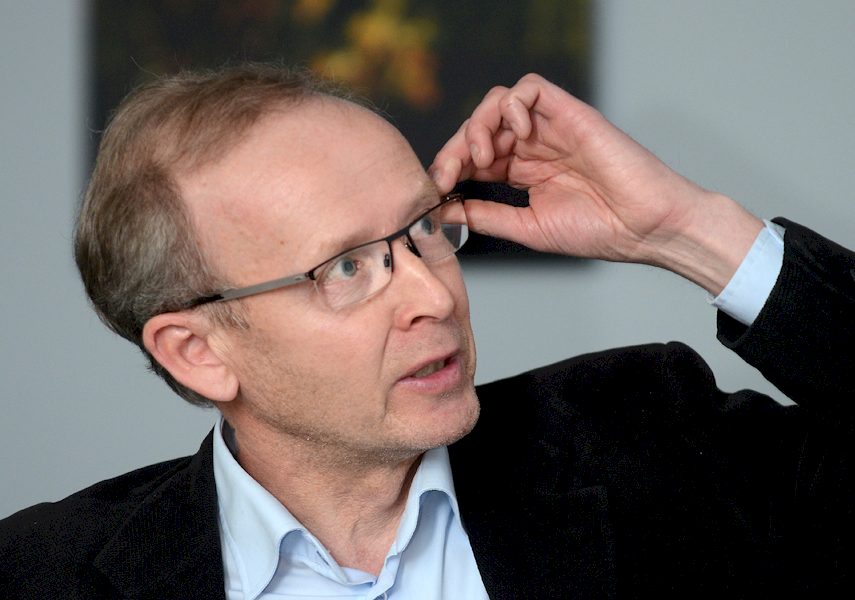 It’s not to late to save the Baltic Sea

HELSINKI - Overall, the status of the Baltic Sea has no longer deteriorated in the past few years. In terms of eutrophication, the situation in many coastal areas has improved for quite some time as a consequence of treating the wastewaters that are discharged directly into the sea. In the open-sea areas of the Baltic Sea we have not yet seen significant improvement. Phosphorus released from the anoxic seabed slows down the recovery of the sea even though external nutrient loads have been reduced to the levels of the early 1960s. The Baltic inflows of this and the previous winter have oxygenated the main basin of the Baltic Sea somewhat.

Eutrophication is still considered to be the worst problem faced by the Baltic Sea, but I would mention harmful substances that end up in the sea as a problem of equal calibre. When it comes to substances other than the so-called classic environmental toxins (DDT, dioxins and furans, PCB compounds) and heavy metals, we do not know enough of their concentrations in the Baltic Sea. In particular, we know too little about many so-called new substances, such as flame retardants, pharmaceuticals, and substances used in cosmetics. Considerable concentrations of such substances are found in the Baltic Sea and its biota, but we do not know for sure what their potential impact is. Many substances end up in the environment from household products, the composition of which is often poorly known. Harmful substances also end up in waterways via treated wastewaters, as wastewater treatment plants are designed to remove nutrients, not chemicals, from the water.

Do people pollute the sea beyond repair, or do they empty it with overfishing?
With the Baltic Sea, we are guilty of both. Eutrophication, for example, is a result of nutrient loads that have accumulated for over a century, originating e.g. in the residential areas of the countries by the Baltic Sea, in industry, agriculture, and road and marine traffic. The chemicalisation of the environment is an even wider problem. There are currently approximately 100,000 chemicals used around the world, and new ones are continuously being developed for commercial use. Almost 30,000 chemicals are imported to or manufactured in Finland, and 5,000 of them are classified as hazardous.
For decades, codfish in particular has been overfished in the Baltic Sea. The too-intense fishing of predatory fish in our own coastal waters has led to a distortion in the structure of our fish stock. A smaller number of predatory fish has weakened the stability of the entire fish population, and as a result (in addition to eutrophication), stocks of cyprinid fish have grown significantly.

Is it already too late?
Absolutely not; but bringing the sea back to health will not happen without the effort of all of the countries surrounding the Baltic Sea, and the commitment of the highest level of political decision-makers to the required measures concerning the further reduction of discharges, both of nutrients and of hazardous substances. There is, however, no way we can return to the natural state that existed roughly one hundred years ago.

Do people learn anything? Do they understand that something should be done?
The Baltic Sea has not yet been lost, but we must change the way we have been treating it. It all boils down to our way of life and the ways in which we consume. The current state of affairs cannot be sustained by the Baltic Sea or the global environment in general.
We must also be able to expect comprehensive and reliable reporting on discharges from the various countries involved. The Baltic Sea cannot be protected efficiently if we do not know the volumes and sources of discharges. If we see more major, previously unknown sources of discharges in Russia and Poland, as has happened in the past few years, the credibility of the Baltic Sea protection programmes will be seriously undermined.

What can an ordinary person do in his/her everyday life to help the Baltic Sea?
Eat less meat. Meat production requires large areas of farmland, which increases nutrient discharges. At the moment, agriculture is the largest source of nutrient loads to the Baltic Sea. Industrial livestock production in large units also creates a manure problem that often leads to over-fertilisation and, consequently, increasing nutrient runoff. On average, Finns today eat approximately 77 kg of meat per person each year. Up until the 1960s, the amount was half of this. At the current level, meat consumption is no longer healthy or sustainable in terms of the environment.
Instead of meat, eat more and a wider selection of the Baltic Sea’s wild, sustainably fished fish. Fishing is also the most efficient way to remove nutrients from the sea.

Choose organic products. In organic farming, the goal is to recycle nutrients as efficiently as possible, and no pesticides that are harmful to the environment — including aquatic organisms — are used.
Make sure that your own wastewaters do not cause eutrophication in the Baltic Sea. At a summer cottage, a dry toilet is the best solution.

Do not use unnecessary and harmful detergent chemicals, disinfectants, or cosmetics in your home. Some of them will end up in the Baltic Sea via the sewage system, and the compounds they contain can harm the aquatic biota in various ways. Deliver all types of hazardous waste from your home to their assigned collection points.
Use electricity generated with renewable sources of energy. Nitrogen discharges from fossil fuels cause eutrophication in the Baltic Sea, and carbon dioxide accelerates global warming, which, in turn, can increase eutrophication. Whenever possible, do not drive. Exhaust fumes from cars also contain nitrogen oxide and carbon dioxide.
When boating, take the animals of the Baltic Sea into consideration. Do not moor your boat on an islet where birds nest during nesting time.

Seppo Knuuttila, Senior Research Scientist at the Finnish Environment Institute. The Baltic Times wishes to thank the John Nurminen Foundation for the right to reprint this article.