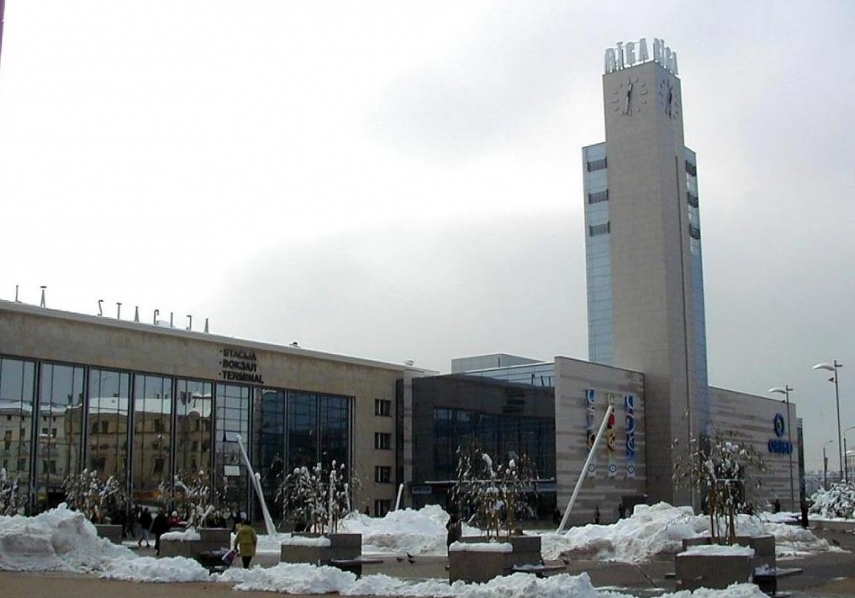 RIGA - Around 100 people were evacuated from Riga Railway Station after the ceiling in a cafe caved in Thursday, LETA was told at the Sate Fire and Rescue Service.

Rescuers were alerted to the accident in underpass B of the railway station's building at 2:22 p.m.

According to the rescue service's information one person sought medical assistance after the cave-in.

The scene of the accident has been cordoned off and civil engineers are working on the site.

As LETA was told at the Emergency Medical Service that two ambulance crews are on standby at the scene but that so far only one person has been examined for injuries.

Meanwhile, representatives of the train station building's manager Linstow told LETA that the ceiling collapsed at the Sala cafe in the station's underpass B.

The commercial area of the station's underpasses A and B are currently closed for safety reasons. Linstow will ask the building's owner Latvijas Dzelzcels (Latvian Railways) to provide detailed information about the accident.

Joel Silva, quality and safety manager at BeReRix, the general partnership building the new Riga Central Station for the Rail Baltica railway project, confirmed that the ceiling was damaged in auxiliary premises of the cafe Sala. Nobody has been injured in the accident and the underpass has been closed to the public to prevent any safety risks to rail passengers.

Silva said that the ceiling damage was local and the train station continued to operate without interruptions. Engineers are currently working at the scene to assess the size of the damage, prevent any risks and prepare for moving construction equipment from the location of the cave-in.

"Initial assessment suggests that the cave-in occurred as construction equipment was moving over a hidden and undocumented ventilation or similar shaft," Silva said, adding that safety at the site is currently BeReRix's priority.

As reported, Rail Baltica is a double track, European standard 1,435 mm gauge electrified railroad for passenger and freight transport to be built from Tallinn to the Lithuanian-Polish border. The overall length of the railroad will be 870 kilometers.

The initial cost of the project was estimated at EUR 5.8 billion, with a portion of the costs being financed through EU funds. The project was expected to be completed and open for traffic in 2026.