Butkevicius thanks Straujuma for bi-lateral cooperation between Lithuania and Latvia 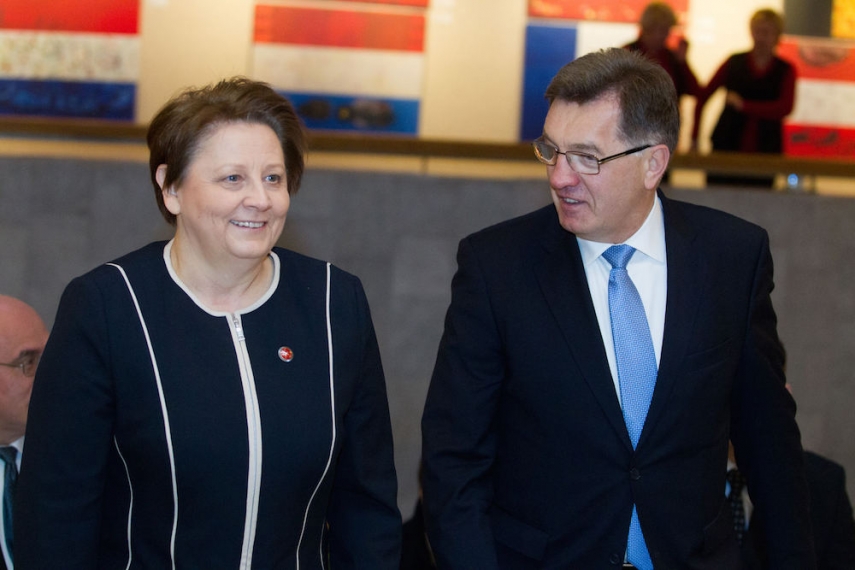 He expressed hope that the country's new government would continue to focus on various projects with Lithuania.

"I hope that after the new Latvian government is formed we will continue to focus on building a common market in the energy sector, the initiative of protecting the external border, plus security and the boosting of economic immunity in the face of today's challenges,” said Butkevicius.

According to the Lithuanian P.M., the governments of both countries shared highly constructive and close cooperation until now, and the first joint meeting of the two Cabinets held in Rokiskis, Lithuania, earlier this year was one of the examples.

"This brought our bilateral relations to a whole new level,” continued Butkevicius. “Our governments are cooperating in all areas, including transport, economy and culture.”