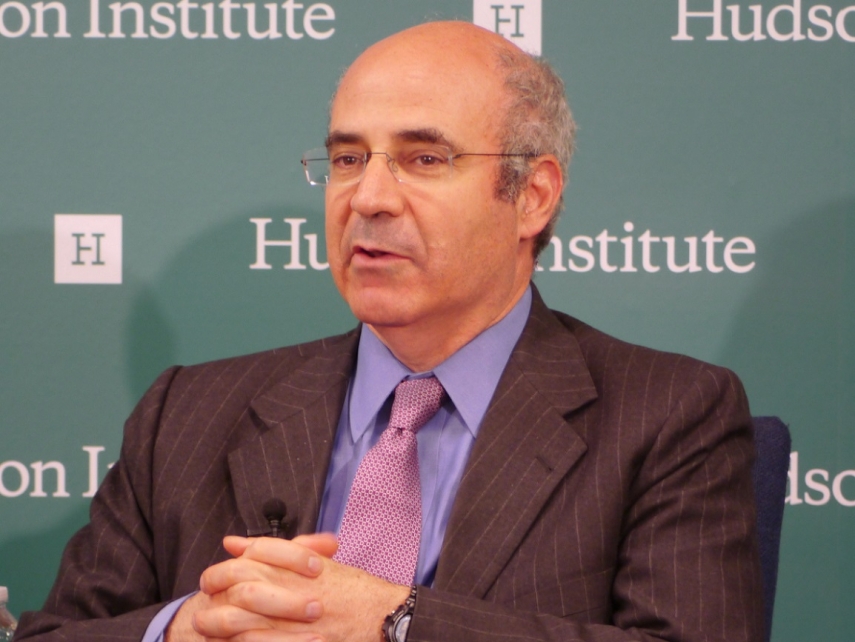 Sums mentioned in the report hint at cash flow that is allegedly tied to the Magnitsky affair having been far greater than previously thought.

"The information I gave to the authorities concerns only a very small part, a single offense. There is a lot more data to face and analyze," Browder said in an interview to Sweden's public broadcaster SVT yesterday.

The report at Postimees' disposal describes Swedbank's involvement with the Magnitsky affair flow in considerable detail over more than 20 pages.

"Swedbank employees who were responsible for client relations were careless and did not try to stop suspicious transactions. In several cases, danger signs were clear that in turn raised the question of whether employees knowingly aided and abetted," Browder wrote in his letter to Swedish authorities.

The report includes page after page of detailed schemes that show networks of (shell) companies that bounced around tens of millions connected to the Magnitsky affair.

Let it be said that the schemes include over 100 Swedbank accounts in Estonia that were opened during money laundering years 2007-2015. Many reveal companies that were registered in exotic tax havens to hide the true identities of those moving the sums.

Information shared by Hermitage suggests that of the total sum, 158 million dollrars moved from UKIO to around 600 Swedbank accounts registered in Estonia, Latvia and Lithuania. The report suggests 36 million euros of suspicious assets landed in the account of a company called Esterson Enterprises S.A. The firm was registered in the Caribbean but had a bank account in Estonia. Hermitage has determined that the said company received around 16 million dollars from Altem Invest Limited that is allegedly owned by Russian businessman Dmitri Klyuev. Hermitage Capital believes Klyuev is one of the organizers of Hermitage's 230 million dollar scam.

Materials attached to the report list tens of similar companies registered, for example, in Belize, Panama or the British Virgin Islands but having opened bank accounts at Swedbank Estonia. The accounts of these companies in Estonia received the lion's share of the aforementioned 158 million dollars.

Hermitage has also established how a total of 18 million dollars was transferred from 13 accounts at Danske Bank's Estonian branch to tens of Swedbank accounts tied to the Magnitsky affair. Twelve of the latter belonged to companies that did not have business activity in Estonia and that became infamous after the first revelations in Danske's own money laundering case.

"These accounts saw money that was tied to the Magnitsky case, transactions had nothing to do with normal business activity and formed a visible pattern," are just a few reasons given by Browder for why these transfers should have sent alarm bells ringing.

For example, sums were transferred from five of these accounts to British Virgin Islands' company Rickam Worldwide Corp that had an account at Swedbank Estonia. The account saw a total of 3.6 million dollars or about one-fifth of the money that was moved between the two banks and interests Browder. Transfer details are characteristic of money laundering, reading "equipment" or "electronic equipment".

Money was moved from accounts at Danske to a company called Phone and Equipment Ltd. in Swedbank under the same transfer details -- another company registered in the British Virgin Islands that maintained an account at Swedbank Estonia.

The criminal conduct report includes other Swedbank Estonia accounts the owners of which have no connection to Estonia. In addition to offshore ventures, the colorful list includes a number of companies registered in Estonia and the other Baltic countries.

Postimees has in recent weeks written about Narva companies Logowest and Ronfard that received money from accounts at Danske Estonia.

Both companies received sums from three Danske accounts that are mentioned in Browder's report and were opened by companies outside Estonia. Logowest and Ronfard also find mention in the report.

Browder's latest report to the Swedish prosecution comes a mere four months after Hermitage Capital's report concerning Nordea Bank. Pressure from Browder was at least partly the reason the Estonian Office of the Prosecutor General has reopened an investigation into events at Danske's Estonian branch.