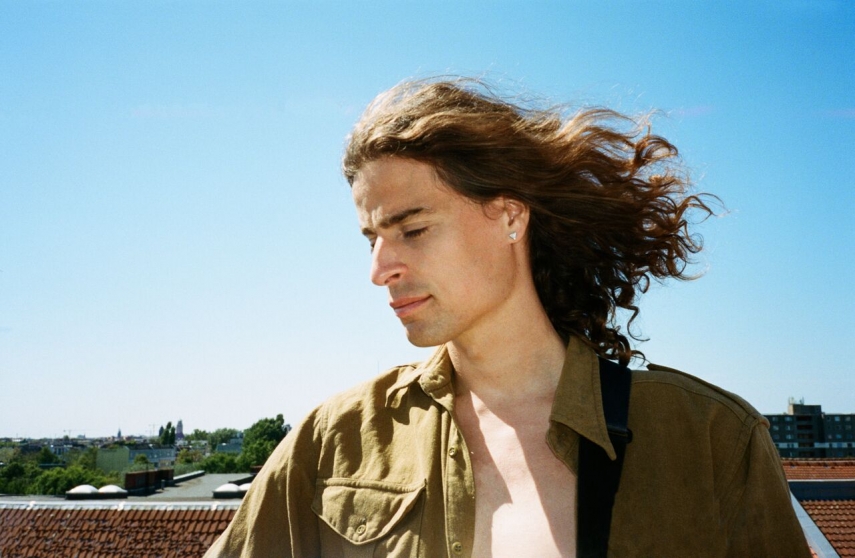 Tom Adam's music is an inspiring contrast to the ever so saturated world of the internet generation bringing listener closer to reality, offering an honest form of expression and truthful closeness. Tom Adams latest album "Yes, Sleep Well Death” was released in November 2018. Though the new record is enriched with post-rock and electronic music influences, the music still holds the well-known melodic code of Adam's songwriting and gentle piano waves. The result is a fascinating and unique selection of songs that take the listener on a journey towards harmony and self-discovery with unexpected crescendo's of exhilarating harmonies, all of which we will hear in Cesis this Saturday.

Next Ambiente Stage_TĪRKULTŪRA White Wall session is expected on March 16, featuring classically trained cellist, multi-instrumentalist and vocalist - Kelsey Lu, from USA. She is currently one of the most prominent pop musicians, whose name is increasingly being mentioned in music and culture media - such as Pitchfork, Dazed, Vogue and V Magazine. She has gained initial recognition through collaborations with such world-renowned artists as Lady Gaga, Solange and Dev Haynes from Blood Orange.

Kelsay Lu is a classically trained cellist and songwriter who’s been writing her own original music since the age of 16, releasing her debut EP “Church” with True Panther Sounds in 2016 and consequent singles Due West and Shades of Blue in 2018, working towards her new album in 2019. Her work stands out with original cello scores topped with a bright and angelic way of singing - a little transcendental and filled with dreamy aura. Her music is likewise very rhythmical and enthusiastic showing an influence of RnB and gospel music.

Both sessions with Kelsey Lu and Tom Adams will be made available to stream live as part of the launch of Tirkultura online music platform on www.tirkultura.net.

Previously Ambiente Stage series has introduced and hosted such artists as Maarja Nuut, Hogni, Viki Chow and the musical association Penguin Cafe. Cesis Concert Hall is continuing its tradition of curating the Ambiente Stage series and announcing a new collaboration throughout 2019 with the Radio Klasika weekly radio show and online music and arts platform - Tīrkultūra - all under a new title White Wall sessions. Set against a white backdrop, the sessions will host a series of 3 evenings throughout the year introducing new inspiring music artists from all around the world and Latvia. The emphasis will be put on showcasing the artist and their work, allowing audience to freely immerse themselves in the creative process, as well as take part in the post-show artist talk - all set in converted white wall gallery aesthetics.

Tickets for Tom Adams available online and at Cesis concert hall until the start of the show. Tickets are also released on sale for Kelsey Lu show on March 16th - first 50 tickets for a special price of 12 EUR, next 15 EUR.

Tickets available online at www.bilesuparadize.lv or at the Cesis concert hall and all Bilesu Paradize tickets selling points.