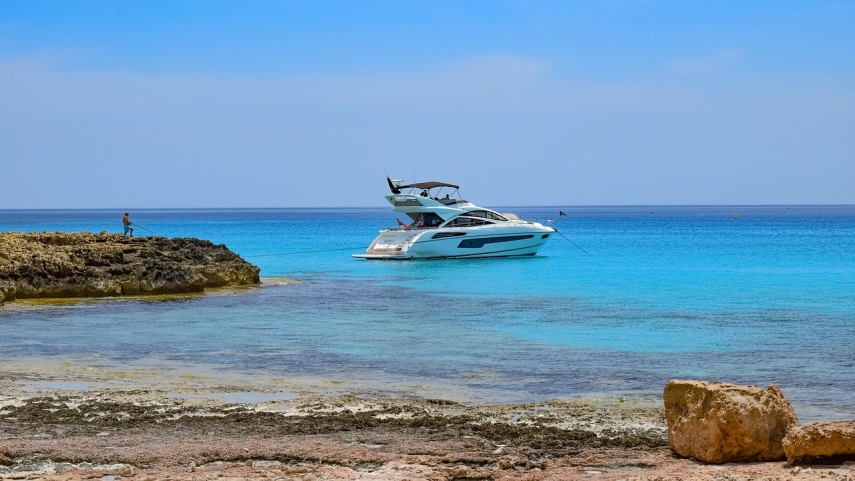 Chartering a yacht is an increasingly popular holiday option as more and more tourists seek new experiences away from traditional hotels and package breaks. The global yacht charter industry was worth $15,205.24 million in 2018 and is predicted to grow to $27,793.57 million by the year 2027.

Yacht charters are ideal for leisure, business and holiday activities and are a cheaper alternative to owning a boat. Renting out a yacht is also beneficial for owners as it helps to offset some of the costs related to ownership, including maintenance and harbour fees.

One of the world’s top destinations for chartering a yacht or catamaran is Europe, with the coasts of Italy and France being popular, as well as island locations in Greece, Spain and Croatia. Yachting holidays are also popular in North America, with Florida having one of the largest gatherings of private super yachts.

One of the major players in this industry is yacht charter marketplace www.borrowaboat.com. Founded in 2016, Borrowaboat is said to be leading the change as the charter industry adapts to the needs of people in the 21st century.

While chartering a boat was once a complex process that would require you to find contacts in the area to wish to travel to, platforms like Borrowaboat allow boat owners, charter companies and travellers to easily connect online. This marketplace comes as both an app and website, allowing people to book all kinds of boats online for short- or longer-term charters.

These boats are available to both experienced sailors and those who are new to yachting, with skippers being available to hire alongside the vessel.

Behind the brand is CEO and Founder Matt Ovenden and his young team of sailing and yacht industry experts. Chartered Mechanical Engineer Ovenden, has established a number of successful small businesses, including energy and sustainability company Bright Green Shoots in 2009 and wind development company, Free Island Energy, in 2014.

Borrowaboat is his latest project and aims to harness technology to make yacht chartering more accessible to a wider market. In the beginning, the leadership team employed developers and engineers to build the perfect algorithm to match clients with boat rentals around the world.

The site lists over 40,000 charters in more than 65 countries around the world. This includes Europe, North America, Asia and Australia and New Zealand.

The business started off as a simple peer to peer marketplace but by 2019, they realised the benefits of opening up Borrowaboat to traditional charter companies as well. This decision helped trigger significant growth for the company and the same year they became the headline sponsor for Southampton Boat Show, the UK’s premier yachting event.

They have a history of being able to raise significant funds. In 2016 at the beginning of BaB’s journey, they raised £500,000 in public funding, almost double what they expected. More crowdfunding took place in 2018 and the company raised a total of £1.5 million, before receiving significant venture capitalist funding in 2019.

Three of the largest global boat charter fleets have now all added listings to the site.

It was also in 2019 when Borrowaboat unveiled Borrowaboat Plus, its luxury offering that specialises in superyachts and luxury catamarans. This was a very natural extension to the brand and the site now lists over 2,000 of these charters.

The site achieved over 300% annual growth in revenue to £146k after this launch.

Most recently, Borroawaboat acquired a company named Beds on Board, a platform that connects prospective guests and owners of non-sailing boats. This deal has bought more than 5,000 new listings to the site and around 30,000 new users.

Beds on Board was launched in 2015 and aimed to bring competitively priced accommodation that was an alternative to hotels and Airbnb’s.

Not long before this deal, Borrowaboat also acquired Dutch company Barqo, an Amsterdam based peer to peer boating marketplace. Barqo also bought with it an additional 5,000 new listings.

These are not the only acquisitions that Borrowaboat has made. Last year, the company took on the high-end charter brokerage, Helm. Helm was founded by industry experts in 2015 and focused its business on crewed charters and catamarans.

Each of these deals has enabled them to scale up quickly and achieve substantial growth, securing their place as one of the largest charter businesses on the luxury charter market. The company is expected to make new announcements regarding its growth in the months ahead.

The possibility of Borrowaboat having an initial public offering [IPO] on the Aquis Exchange is also being explored this year.

Whatever moves this industry leading brand makes in the months and years ahead are likely to be viewed positively by its customer base, with accessibility to both affordable and luxury charters being at the heart of the company’s mission.