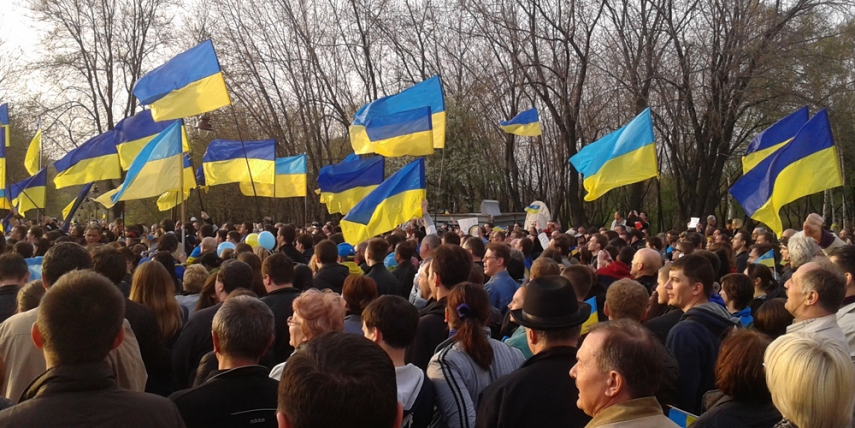 VILNIUS - United States President Barack Obama asserts that the pro-Western protest actions held in Ukraine several years ago were fueled by the country's readiness to follow the example of the Baltic nations and Poland.

"In Europe, the progress of those countries in the former Soviet bloc that embraced democracy stand in clear contrast to those that did not," Obama remarked in his last speech at the United Nations General Assembly in New York.

The president described how citizens took to the streets in late 2013 to fight for the democratic changes they had witnessed in the Baltic nations and Poland.

"After all, the people of Ukraine did not take to the streets because of some plot imposed from abroad. They took to the streets because their leadership was for sale and they had no recourse. They demanded change because they saw life get better for people in the Baltics and in Poland, societies that were more liberal, and democratic, and open than their own," Obama stated.

The protests in Ukraine began in Nov. 2013 after then-President Viktor Yanukovych opted to refuse a free trade agreement with the European Union and requested closer co-operation with Moscow instead. Hundreds of thousands of Ukrainians flooded the street of Kyiv to protest, an action which cost over 100 lives, including many from sniper shots.

Following Yanukovych’s escape to Russia in Feb. 2014, Ukraine established a new pro-Western government. The Crimean peninsula was shortly thereafter annexed by Russia, and a Russian-supported coup began in eastern region of the country.

In his speech at the UN, Obama underscored that Vladimir Putin's Russia was fighting to reclaim its lost power by force.

"In a world that left the age of empire behind, we see Russia attempting to recover lost glory through force," said the US president.

"If Russia continues to interfere in the affairs of its neighbours, it may be popular at home, it may fuel nationalist fervor for a time, but over time it is also going to diminish its stature and make its borders less secure," he noted.