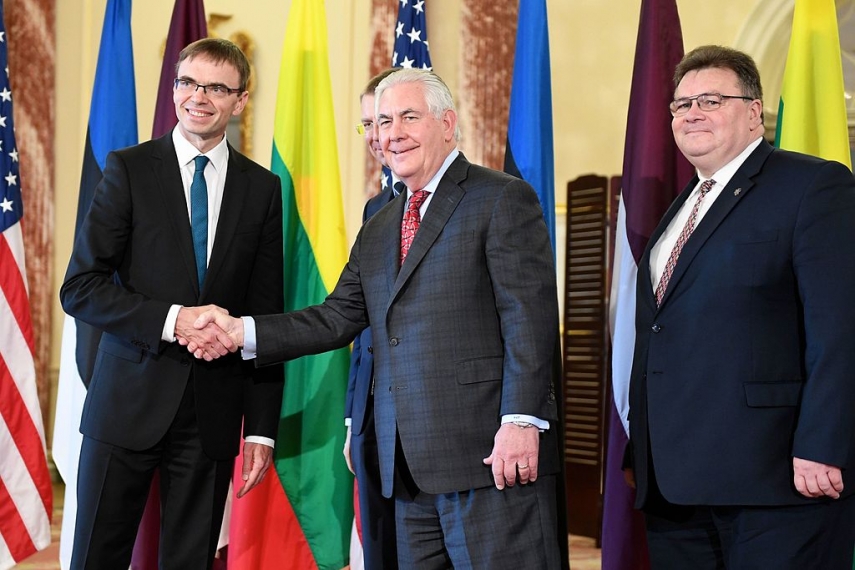 VILNIUS – The foreign ministers of Lithuania, Latvia and Estonia will meet with United States Secretary of State Rex Tillerson in early March.

Spokeswoman to Lithuania's Foreign Minister Linas Linkevicius told BNS on Thursday that the meeting would take place in Washington D.C. on March 5.

The meeting will be held a month ahead of the visit by the three Baltic presidents to the US capital for a meeting with US President Donald Trump.

Concerns had heightened in the Baltic states over Trump's presidential election campaign promise to improve relations with Russia and his statements that NATO was "obsolete". Lithuanian officials are watching with concern the US president's rows with America's allies in Europe and his often unpredictable behavior.

Results of a survey published earlier this month showed that two in three Lithuanians do not trust Trump in making the right decisions on key political matters.

At the same time, diplomats and Trump's supporters emphasize that, after his election to the White House, he became better disposed towards NATO, caring about US military power, furthermore, members of his administration have been showing much attention to the Baltic states.