Baltic and Polish presidents to meet with Zelensky 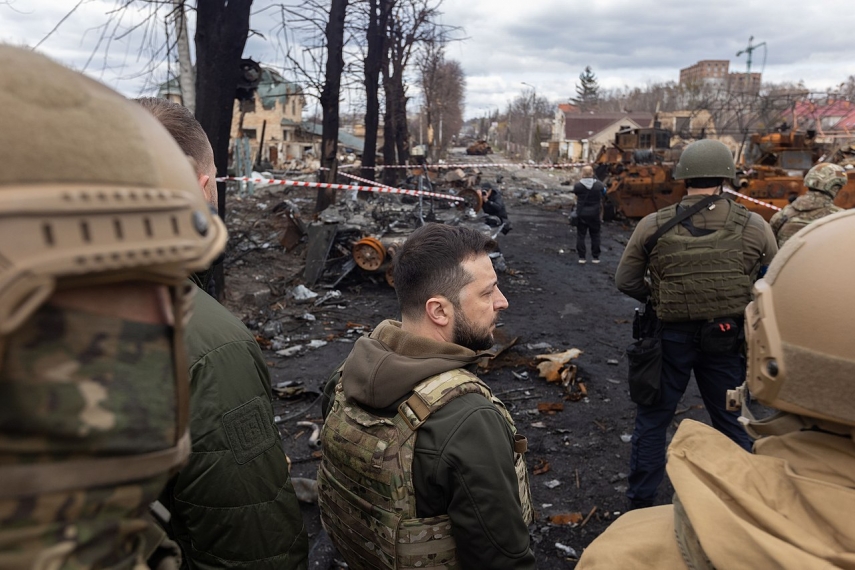 RIGA - The presidents of the Baltic states and Poland are scheduled to meet with Ukrainian President Volodymyr Zelensky on Wednesday, LETA was told at the press office of Latvian President Egils Levits.

The Baltic and Polish leader are arriving in Kyiv today for the meeting with the Ukrainian president, the Latvian president's spokespeople said without elaborating.

Commenting on the unexpected announcement of the presidential visit to Kyiv, Latvian ex-president Valdis Zatlers said on TV3 channel this morning that the information was not released earlier because of security considerations.

"We are dealing with an extremely impudent adversary, so there is a possibility of various provocations and sabotages," Zatlers said, adding that making such announcement at the last minute is a commonplace practice.

If we do not protect ourselves and our president, nothing good will come out of this, Zatlers said.

"But this visit, with neighbor countries' presidents arriving in Kyiv, is extremely important. It is a signal that we are not afraid, that we are with Ukraine. There is a certain analogy with the Baltic and Polish presidents' visit to Georgia [in 2008], which effectively led to a turning point in the war," the former president said.

As reported, the presidents of the Baltic states and Poland met in Rzeszow, Poland, on Tuesday evening to discuss possibilities to provide more assistance to Ukraine, Latvian President Egils Levits said on Twitter.

The presidents discussed how to best help Ukraine defend itself against Russia's aggression. "Everyone of us has something to offer," Levits said.

Lithuanian President Gitanas Nauseda tweeted after the meeting that it is necessary to bolster NATO's eastern flank, back Ukraine's accession to the European Union (EU) and impose tougher sanctions on Russia. "Unity is our strength," Nauseda stressed.

As reported, the Russian army invaded Ukraine on February 24 to launch a massive military offensive, with the occupying forces consistently targeting not only soldiers but also peaceful civilians.